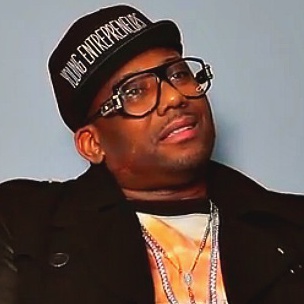 Maino says he’d like to see biopic on The Notorious B.I.G. redone.

After doting on the Straight Outta Compton biopic on N.W.A, during an interview with DJ Smallz Eyes, Maino was asked what other rap-based biopic he’d like to see. The Brooklyn lyricist revealed that he’d like to see a redo of the Notorious biopic on the late Biggie Smalls.

He went on to explain that he felt the biopic, which hit theaters in 2009, was released too early.

“I want ‘em to do Big movie over,” Maino said. “I want it to be done over. I think it was done a little too early. I want them to really get that one done right. You know what I mean? You have to let a little bit of time go on. Because you want to speak to another generation. The N.W.A movie—This is what? 30 years after. So, you speaking to a whole ‘nother generation. When they did the Ray Charles movie, it was—You speaking to a whole ‘nother generation. I believe part of the problem with the Big movie—And I don’t want to be judgmental about it. But I think the same people that—We made the movie for the same people that was just here with him.”

Prior to expressing his interest in a redo of Notorious, Maino revealed that he “loved” Straight Outta Compton. He says he watched the F. Gary Gray-directed film with his son, who was unaware that both Ice Cube and Dr. Dre were rappers, and enjoyed being able to share “real rap history” with him.

“I got a chance to share with him real history, real rap history…My son had a lot of questions,” the rapper said. “He didn’t even know Ice Cube was a rapper. And I don’t think Ice Cube gets the credit that he actually always deserves. He was that dude…To see my son like ‘Man, I didn’t even know, dad.’”

Video of Maino speaking on a redo of the biopic on The Notorious B.I.G., can be found below.