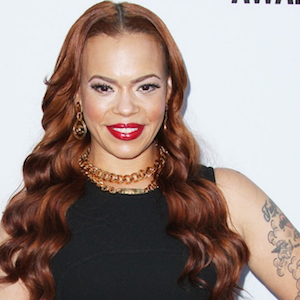 The murder investigation into Notorious B.I.G.’s death has been at a standstill for quite a long time.

Singer Faith Evans, who was married to the late Brooklyn emcee, recently sat down with Huff Post Live and relayed that she wants more attention placed on the unsolved case.

“All we can do is hope that that happens,” she said when asked about Biggie. “But we’re just happy that we’re here to preserve his legacy and [make sure] his kids are happy and they’re living great lives.” She also claims she believes the Los Angeles Police Department knows who pulled the trigger but won’t let the public know who.

“We know he was murdered, but we believe that the LAPD knows who’s responsible,” she said. “That’s what we believe.”

Surprisingly, Faith Evans also concluded talking about Biggie by saying him being in the music business had little to do with his fate. Many claim the East Coast vs. West Coast beef at the time played a large roll in the 1997 shooting.

“The only way you can look at it is tragic. Tragic and senseless,” she said. “But I don’t think that situation was the result of being in the music business. It’s a little deeper than that. I think all the things that came with it definitely added to the hype of things. The whole media element, and people being able to say what they think and not be accurate.”

The Notorious B.I.G. was killed in Los Angeles in 1997. Over the years many leads and stories of his death have persisted but no suspects have officially been named.