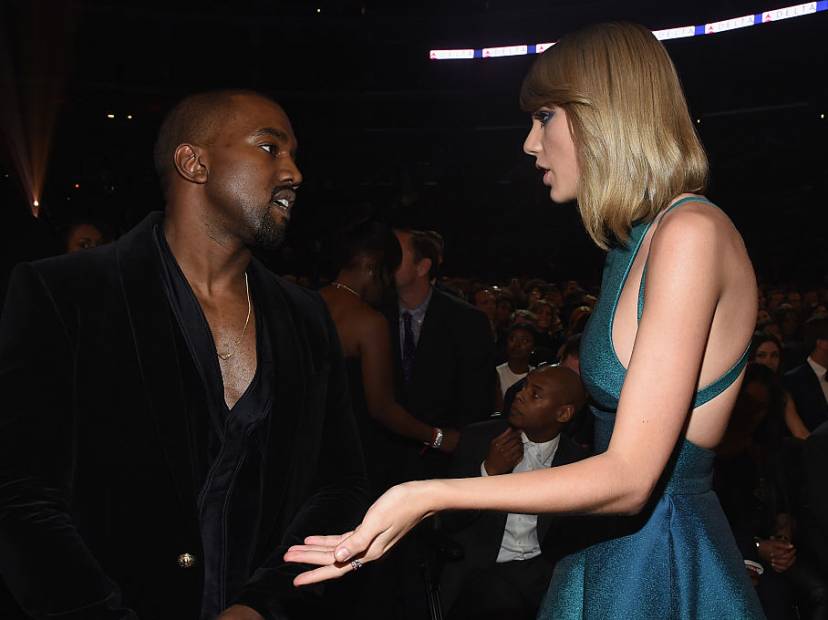 An old conversation between Kanye West and Taylor Swift about the song “Famous” has surfaced online.

In the clip, ‘Ye asks the pop star for permission to use the line, “For all my Southside niggas that know me best, I feel like me and Taylor might still have sex/Why? I made that bitch famous” — only, he left out the words ‘that bitch.’

Kanye eventually stumbled around the question, “What if later in the song I was also to have said, ‘I made her famous?'” to which Swifts asked, “Did you say that?”

“Yes, it might have happened,” Ye replied. Swift responded, “Well, what am I going to do about it? It’s kind of like, whatever at this point. You gotta tell the story the way it happened to you and the way that you experienced it. You honestly didn’t know who I was before that.

“It doesn’t matter if I sold seven million of that album before you did that, which is what happened. You didn’t know who I was before that. It’s fine. But yeah, I can’t wait to hear it.”

The full conversation is wildly different from the one Kim Kardashian leaked in 2016. It’s now painfully obvious it was edited to make it sound like Swift approved of the line.

“I think this is a really cool thing to have,” Kanye said about the lyric.

Swift replied, “I know, it’s like a compliment, kind of [laughs]. Yeah, I mean, what’s dope about the line is it’s very tongue-in-cheek either way. And I really appreciate you telling me about it, that’s really nice. For you to ask me if I’d be OK with it, I really appreciate it. I’d never expect you to tell me about a line in your song.”

Following the “Famous” song, Swift retreated from the public spotlight, a period that was captured in the recent Netflix doc about Swift, Miss Americana.

In 2016, she addressed the controversy, writing, “Where is the video of Kanye telling me he was going to call me ‘that bitch’ in his song? It doesn’t exist because it doesn’t happen. You don’t get to control someone’s emotional response to be calling ‘that bitch’ in front of the entire world.

Just a reminder for those who don’t seem to understand.

Kanye never told Taylor about the part of the song where he calls her a bitch. Taylor was NOT lying.

In the call, she even said she hope the song isn’t mean. And he laughed & said no.#KanyeWestIsOverParty pic.twitter.com/lvxS9bOIV6

As a result of the newly surfaced clip, #KanyeWestPartyIsOver is trending on Twitter. Naturally, the platform exploded with reactions to this revelation. 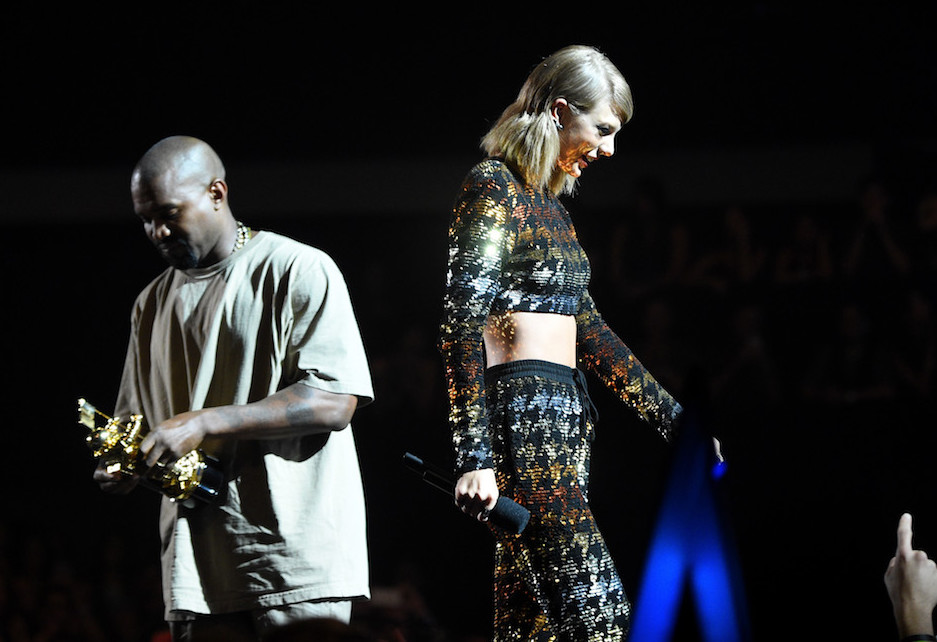 Some Swift fans exposed other celebrities who supported (and didn’t support) Kanye at the time, while others accused both Kardashian and Ye of simply being terrible people.

let’s all remember that kanye let crowds of people at his concerts scream “fuck taylor swift” for absolutely no reason other than the fact he wanted to humiliate her and end her career. well, #KanyeWestIsOverParty. that’s it’s that’s the tweet. pic.twitter.com/HUG2yKd9dc

Throwback when P!nk said Kanye West is the biggest piece of sh!t on earth in 2009.#KanyeWestIsOverParty pic.twitter.com/M78xHiCHF7

Kanye and Kim really watched everything Taylor built crumble. They watched as it destroyed her mental health to the point of self-isolation. They watched and said nothing. And for what? A shitty lyric in a song no one remembers now? #KanyeWestIsOverParty pic.twitter.com/78Qj0yrh1J

Taylor rebuilt her whole career because of every lie kanye said, made an album that sold millions, had a single that went #1 and filled several stadiums, while this rat did nothing and today the truth is out.
I ALWAYS KNEW #KanyeWestIsOverParty
pic.twitter.com/WQAfe9o5Rm

Taylor Swift did this after being called a snake for something she told the truth about, with a term she did nothing to deserve, but she didn’t let that stop her, instead she went on and made an unforgettable, record breaking tour, that’s a true queen? #KanyeWestIsOverParty pic.twitter.com/dEAFAT6SJE

A rat is a rat, rihanna didn't lie at all #KanyeWestIsOverParty pic.twitter.com/I4FYI0fYuU

Swifties when they saw the unedited video#KanyeWestIsOverPartypic.twitter.com/rcs11zUEhx

TaylorSwiftIsOverParty trended because Kimye recorded a phone call and edited it to target, bully and mass attack Taylor Swift. #KanyeWestIsOverParty is trending because the full phone call leaked proving Kimye lied about everything.

i'm not a huge fan of taylor's BUT the satisfaction i got from kim and kanye being exposed is real#KanyeWestIsOverParty pic.twitter.com/ZhByqqMHm9

“ All i think about is KARMA, and then the world moves on but one thing’s for sure maybe I got mine BUT YOU’ll GOT YOURS “#KanyeWestIsOverParty pic.twitter.com/EocdhEP2xc

Taylor Swift: "oh I thought it was going to be something mean like calling me a dumb bitch"