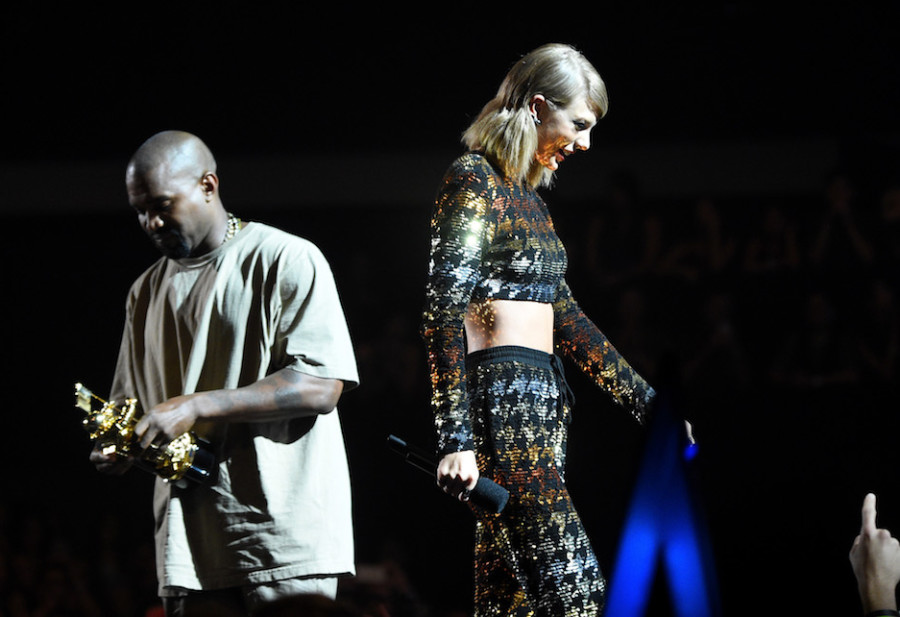 Since debuting The Life Of Pablo in February, Kanye West found himself in trouble due to the lyrics of “Famous.”

According to a recent Snapchat post from Kim Kardashian, looks like Ye wasn’t lying about getting her permission before recording the track. In an interview for the June issue of GQ, Kim said she had footage of the phone call.

Today she dropped the footage.

“I think this is a really cool thing to have,” West says in the clip after reading Swift the line that says, “For all my Southside niggas that know me best, I feel like me and Taylor might still have sex.” She replies, “I know, it’s like a compliment, kind of.”

Ye continued in the conversation, “Yeah, I mean, what’s dope about the line is it’s very tongue in cheek either way. And I really appreciate you telling me about it, that’s really nice.”

“I just had a responsibility to you as a friend,” Yeezy says, “you know, and thanks for being so cool about it.”

During the clip, West politely asks for the singer’s approval, which Swift seems to appreciate.

“For you to ask me if I’d be okay with it, I really appreciate it. I’d never expect you to tell me about a line in your song,” says Taylor.

“Relationships are more important than punchlines, you know,” Kanye replies.

Swift says in the clip that if people asked her about the line, she would tell them that she knew about it and “joke’s on you guys.”

The “I feel like me and Taylor might still have sex/I made that bitch famous,” line further escalated the ongoing war between Ye and Taylor Swift starting with the infamous speech cut-off during the 2009 MTV Music Video Awards.

After the album dropped, Swift’s camp denied claims that West had sought after her approval and bashed him as she won the Album Of The Year for 1989. The music video for “Famous” featuring nude celebrities including Swift laying sleep in a long bed.

Piers Morgan and Lena Dunham bashed Kanye for the visual which premiered at The Forum in Inglewood last month.

Watch the video clip below:

Here is the entire conversation Taylor & Kanye had, judge for yourself. pic.twitter.com/InTjvPGKe3

Taylor Swift responded to the leaked footage on Twitter. She claims that West never told her he was going to call her “that bitch” in “Famous.”

In Kim Kardashian’s Snapchat story, West never directly says the “I made that bitch famous” line, but it is implied towards the end of the conversation.

“There’s not one that hurts my feelings and one that doesn’t,” she says in the Snapchat post.

Swift also says that the phone call was recorded without her consent.

That moment when Kanye West secretly records your phone call, then Kim posts it on the Internet. pic.twitter.com/4GJqdyykQu