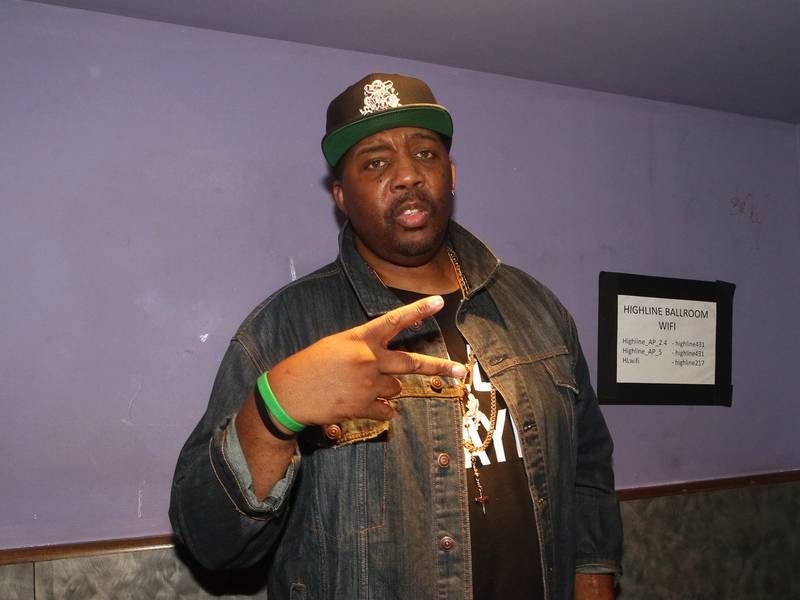 Erick Sermon Talks New LP & Ageism In Hip Hop: “Only You Can Stop You”

New York City, NY – 31 years removed from the debut album by EPMD, rapper and producer Erick Sermon dropped his eighth studio album, Vernia — an album named after his Grandmother. His first release in four years, it has a special aura surrounding it. Not only does it assemble an incredible cast, but it’s also his first wholly independent release.

“My grandmother died almost three years ago,” he tells HipHopDX of the project’s title. “She was my best friend and, for some reason, I kept thinking about her during the process of the album.”

The 13-song LP has an intriguing tracklist of lesser-known artists alongside as legacy acts, ranging from Too $hort and Xzibit to AZ and (amazingly) Shaquille O’Neal. Sermon says he got serious about the LP about six months ago; Vernia — which was funded in early 2018 via Kickstarter — was initially slated to be titled Go. Backers of the project, he says, will receive two additional songs not on the LP.

“I wanted to go back and get some, you know, people that wasn’t making records as much to do songs with them. Like how the new era is always grabbing each other for songs, I had to fucking grab my people to rock with me,” he says of the eclectic guest menu.

The project is the first official release on his independent Def Squad Records imprint. While not a full-fledged label by any means, in that he doesn’t have any artists, it is (currently) the umbrella that holds Squad Streaming, under which he serves his music to major streaming platforms.

Acting as a conduit of sorts, his platform is hosting releases from the likes of Fred Da Godson, Ali Vegas, Keith Murray and work from himself and affiliates of his close-knit production team that consists of super-producers Ty Fyffe and Rockwilder.

The 50-year-old icon has weathered (and been successful in various eras on Hip Hop) and credits his devotion to his proximity to youthful energy.

“My spirit stays high, but I also surround myself with young people. I always kept myself around young rappers somehow. Every year for my career I was always around new talent and every album I put somebody out,” he says. “Like, even from back then when EPMD came out, we were barely famous, and we dropped K-Solo, and after him, we dropped DAS EFX.”

He also delineates that two distinct generations were up on him for different reasons. “I came out in 2002 with “React” featuring Redman. Younger cats know me from that … they learned about me from the movie Honey, you know, not from EPMD.”

A listen to Vernia doesn’t at all provide a nostalgic vibe, but rather business as usual. “There’s nothing here that can stop me,” Sermon states. “I got no disrespect, but when it comes down to what this culture is, I don’t see nobody in the way that can stop me from doing this.”

Sharing that he recently joined Redman in Prague for a crowd of 50,000, he points out that Hip Hop is the sole genre that puts a time clock on artists — referencing examples of legacy acts like Mick Jagger and Paul McCartney.

“Hip Hop is the journey we’re on now … This is 45-year-old artwork, so I don’t understand that” he says. “I don’t want anybody out there doing it who can’t do it, but if you still know how this shit work and come here for rhymes I’m still current on everything that goes on the music. There’s no way somebody can just stop it. No way.”

With over 30 years in the business, he notes that he finds himself attempting to influence new acts to focus on creating distinctive sounds, instead of making music for now.

“[I tell them] I’m still here after 30 years and I can still work when I feel like working … that won’t happen with you. So, I hope that you save your money, that you have a plan B and C. I try to save them because they’re not going to be able to have a job. What they’re doing is not going to work anymore.“

He also points to the focused mega-success of Atlanta rappers with respects to longevity. “There were a thousand rappers that came out in Atlanta, yet it’s is still the same five stars out right now. You know, when I tell kids that they get quiet for like two minutes … it scares them. But nobody ever told them that.”

With Def Squad Records seeming like a new beginning for Sermon, it begs the question if consistent collaboration with musical brethren Redman and Keith Murray will materialize into a full-scale Def Squad album. Sadly, the answer is no (for now).

“Def Squad never got a chance to live because Red and Meth happened … so it took away from my crew,” he says with a laugh. “After they dropped Blackout, it was over.”

So it seems the long-forgotten follow up to El Nino (the crew’s lone official project), Tsunami, may never see the light of day. But, with a project from Keith Murray, Redman’s long-awaited Muddy Waters 2 (“just trying to get that to the public after 20 years,” he says), and an upcoming compilation for which he’s assembled some of Hip Hop’s most iconic duos, he has his hands more than full.

Ultimately, the most powerful takeaway from Erick is that age is irrelevant; many of the artists who appear on this album are currently back in the studio, he reveals. “This year, I’ll be like Tiger Woods. That’s how I feel right now. You can never put anybody under number. Only you can stop you.”

Vernia is available now, via Def Squad Records. Stream it below.