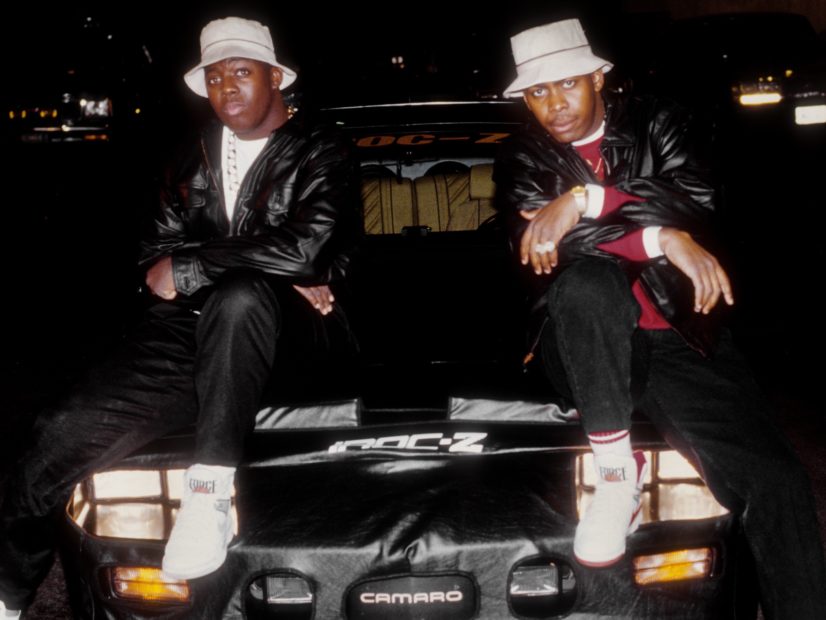 The state of Hip Hop back in 1988 was extremely (and obviously) different than it is today. At that time, rappers Erick Sermon and Parrish Smith — known collectively as EPMD — seemed to come out of nowhere to drop Strictly Business, an album that was heavy on the rock samples (Eric Clapton’s version of Bob Marley’s “I Shot The Sheriff,” for example, was sampled in the title track) and light on the disco samples that were a common staple of the time.

For Brentwood, Long Island native Erick Sermon, that decision was a conscious one, and reflective of his musically diverse upbringing.

“EPMD was definitely before their time in terms of the records we chose,” he tells HipHopDX. “Our household was a lot of funk-based records in terms of melodies and songs. Brentwood is very diverse. I was an R&B fan, but I knew about Clapton, I knew about ZZ Top, Led Zeppelin, Van Halen, David Bowie…I knew about a lot of these people because of where I was brought up.”

Hip Hop scholars cite Strictly Business as the most “influential” album of its type for that very reason. At a time when Hip Hop artists like the Treacherous Three, Grandmaster Flash and the Furious Five, and — most notably of all — The Sugarhill Gang were choosing disco beats for their backdrop over feel-good rhymes, EPMD went against the grain by taking a more rock-based approach to their music, which also had a more somber feel than their contemporaries.

When JAY-Z and Memphis Bleek would sample Talking Heads’ “Once In A Lifetime” for their hit song “It’s Alright” many years later, EPMD’s “bold” decision to sample rock tunes was realized as a wise one.

Parrish Smith, however, said that he was duty-bound to break down barriers like these as a soldier of Hip Hop. “I would call us visionaries because that was part of the responsibility about being down with Hip Hop,” he said. “We were outsiders trying to be part of Hip Hop, but not everyone was down with it. You, as an artist, would put yourself in superhero mode. Part of the longevity is staying true to the art. It’s up to you to stay as close to your first album or to present to your fans. Because we wrote the truth and wrote the crossover, the truth ended up crossing over. You see everyone now they ain’t seeing longevity, no longterm, swinging for a home run.”

The culmination of this “longevity” is the duo’s induction into the Long Island Music Hall of Fame, an organization that aims to “recognize, honor, and preserve Long Island’s longstanding and diverse musical heritage.”

Chuck D of Public Enemy, who will be inducting the duo, said that doing so was “an honor” for him, even though he’s achieved a similar legendary status. “Introducing funk rhyme over rhyme-funk, EPMD consistently threads their past, present, and future, work like no other,” the legendary MC admits. “They created the mold and keep pouring their Strong Island Streetbeat into it. Parrish Smith and Erick Sermon are, in my opinion, the most underrated and greatest duo ever. Too black, too funky, and too strong for real.”

Interestingly, however, most rap acts from New York don’t like to boast about their Long Island roots, specifically because “being from Long Island” denotes having a wealth that residents of New York City and the Five Boros don’t necessarily have. And while that reality has changed quite a bit with the gentrification of Brooklyn, and the overall improvement of life in Manhattan, “Lawn Guy Land” natives are often viewed as unworthy of carrying a Hip Hop mantle, because they don’t understand the reality of a hard-knock life.

Sermon and Smith, however, wear their Long Island roots with pride.

“A lot of times, people from Long Island don’t get recognized. The stigma is if you weren’t from Brooklyn or Queens or Manhattan or the Bronx or Staten Island, then you didn’t have what it took to compete with the big boys. It always pushed us to work harder,” said Smith. “Now, people are starting to open up their eyes and give Long Island musicians their just due.”

And though the duo will be releasing a new album, Dynamic Duo, in 2019 — their first in more than a decade, and the first to not feature the word “business” in the title — Sermon says that they are also working on other projects, as well. They’ll be releasing a new film, 88 Fresh, on Netflix, and they’re in talks to own their own streaming company à la TIDAL, as well.

“Nowadays it’s cool to sound like another person or you can make the same exact record. The creativity is gone from music now,” said Sermon. “But you always have to move music forward so it won’t stagnate.”

EPMD will be inducted into the Long Island Music Hall of Fame on Thursday, November 8, at 6:30 p.m.