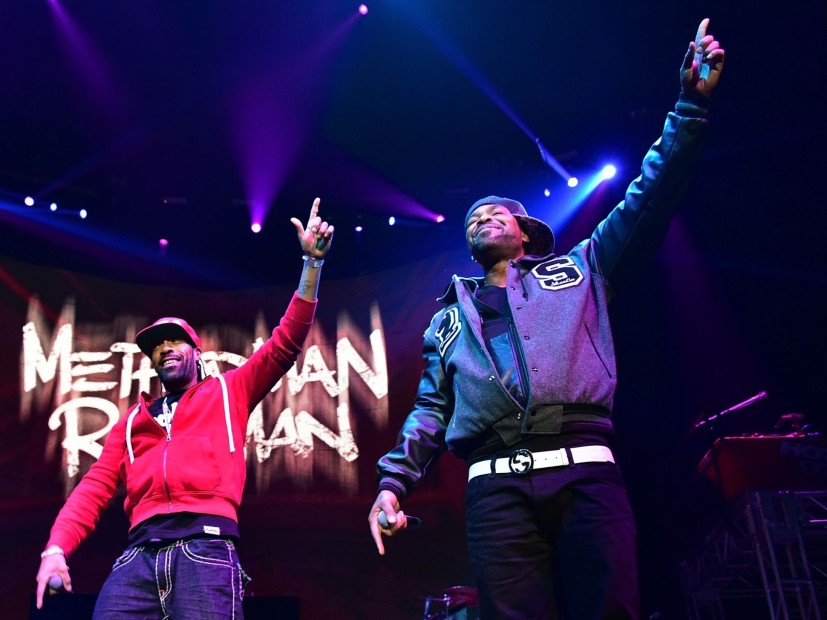 Magic was in the air when Method Man and Redman descended on the Red Rocks Amphitheater crowd in Morrison, Colorado last Thursday (April 19). The revered Hip Hop duo was billed as part of the annual 420 On The Rocks event headlined by 311.

Just like that… We're back! ???? @methodmanofficial and @redmangilla have officially brought the rocks back to life. #RedRocksCO

Backstage, dubious amounts of pot smoke filled the air as Red celebrated his 48th birthday, which had fallen two days before. As people sang “Happy Birthday,” Meth — his ever faithful sidekick — was drying off from the electric set they’d just finished. Covered in sweat, the Wu-Tang Clan vet makes it clear they pour their heart and soul into every performance. But Meth didn’t always deliver a polished set.

“I’m gonna keep it 100 — and I never told anybody this — my shows were so chaotic for lack of a better word,” Meth tells HipHopDX. “I was in the crowd for most of my show, doing just ridiculous shit, trying to get a vibe or something to get to itself. Soon as I started performing with this dude [points to Redman], he kind of reeled me in.

Redman adds, “I remember we went through that conversation, and the only reason I told you that is because sometimes you felt you didn’t get enough and I had to let you know, you are getting it on the stage, brother, with your presence. You ain’t really gotta reach.”

Meth says he took what he learned from his How High co-star and brought it to his Wu-Tang brethren, subsequently tightening up their sets, too. Over the past two decades, Red and Meth’s live shows have become like a choreographed dance — they don’t miss a beat.

“Just being honest, we built our brand to be like the top five best performers in the Hip Hop game,” Meth says. “And when we got dudes like Busta Rhymes, A Tribe Called Quest and De La Soul and new dudes that’s putting in work, when we got dudes like that watching us and when we set that kind of bar, we have to stay on our job. And we learn from the best.”

When asked who “the best” were, Meth and Red started rattling of their Hip Hop heroes, which included KRS-One, EPMD, Whodini and RUN-DMC.

“Red was like, ‘You see what they do? They don’t just talk for talking. They talk and it leads into the next song,'” Meth explains. “And I was like, ‘Yeah, you know what? You’re fucking right.’ I started doing that at Wu-Tang shows, and not to take anything away from Wu-Tang, but when I’m not there, the structure tends to lean, but not now. Not now. Now, from us all being on the road together and them doing the same thing I did with the Redman, what Redman showed me, I brought to the team.”

The rest is history. With all of their accolades and years of hard work, Meth and Red are undeniably one of Hip Hop’s greatest duos. In addition to his co-hosting duties on Drop The Mic, Meth is currently working on finishing up The Meth Lab 2 while Red is almost ready to drop Muddy Waters Too.

In Part II of this interview, dropping next week on HipHopDX, Red and Meth discuss Martin Shkreli, how Kendrick Lamar is using his platform the “right way” and what makes RZA a genius.