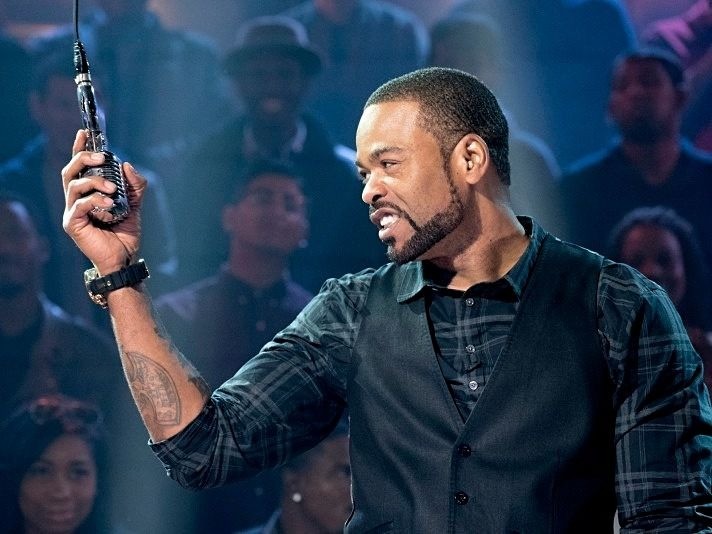 Method Man has been sitting comfortably in his role as Drop The Mic co-host since its October 2017 premiere. In an exclusive Take 5 video series clip, Drop The Mic goes behind the scenes with the veteran actor/rapper to find out what he does to relax (iPad), who his idol is (his pops) and how Parliament-Funkadelic led to his love for Hip Hop.

“I can’t front,” Meth told HipHopDX in a recent interview. “I actually asked for the battle rappers by name.” [apple_news_ad type=”any”]

To anyone thinking doing a commercialized battle rap show is selling out, Meth explained why it’s a win for the culture.

“TBS is very smart at what they do,” Meth said. “When they brought me in, I knew what I was standing in front of and what I was validating. In the same sense though, I get a pass because of the fact that I put so much work into Hip Hop. I made it easier for a lot of these rappers to run in the game now, so they can’t knock any movement that I make at this point in time.”

“And it’s not actually commercializing Hip Hop, it’s commercializing battle rap for lack of a better term. Now, we’re not trying to take anything from battle rap. It’s like a pleasant retreat. Battle rap is raw in its own form and hopefully some of the viewers that watch our shit will start tuning into the real-world authentic shit.”

Speaking to Meth, Redman adds, “As I look at it from my aspect, young bro, I appreciate that a higher plateau of that level respects the culture and to give it a show and to give it a platform.”