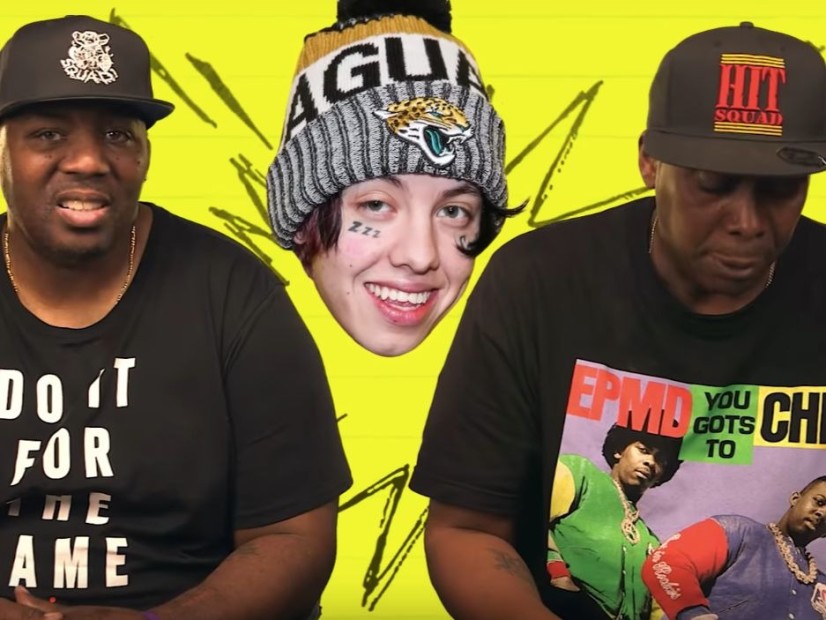 Parish Smith and Erick Sermon — better known as EPMD — were the latest guests on BET’s “Rate The Bars” series. During the episode, the Long Island Hip Hop legends weighed in on bars from artists such as Lil Skies, Lil Xan, Das EFX, Fedro Starr and Kodak Black.

After rattling off the lines, “How my enemy a friend of me?/Why y’all feed off of my energy? Like I ain’t dead yet/Higher entity, foreign bitch that think she into me/Whip the foreign very viciously,” Smith and Sermon were told they were from Xan’s “Betrayed.”

Sermon adds he was impressed by the metaphors.

“EPMD being on ‘Rate The Bars’ was a dope Hip Hop moment for me,” Smith tells HipHopDX. “The best part for me was when Erick and I were reciting the artists lyrics trying to figure out who the artist was after we already gave their verse a grade 1 to 5.”

But not all of the bars Smith and Sermon heard got a stellar rating. A verse from Kodak Black’s “Patty Cake” left Sermon less than impressed.

“Listen man, I don’t know,” he says, shaking his head. “Me, I like to rhyme. Make sure that something rhyme with the feet. But ‘Sippin’ on the Bel-Aire ’cause it make me feel like I’m on ecstasy/I love my baby, when I come home, I be rubbin’ on her feet.’

Smith also had no clue who Lil Skies was. Following a few lines from Skies’ “Lust,” Smith rates it a 4 and asks if it was Lil Wayne. Once he was told it was Skies, he says, “Lil Skies? Never even heard of that guy before. He must be like 4 [laughs].”

Later, Smith reads one of Sermon’s verses from “We Don’t Care” without realizing it’s his longtime partner-in-rhyme. Sermon, on the other hands, recognizes Smith’s verse from “Symphony 2000” immediately.