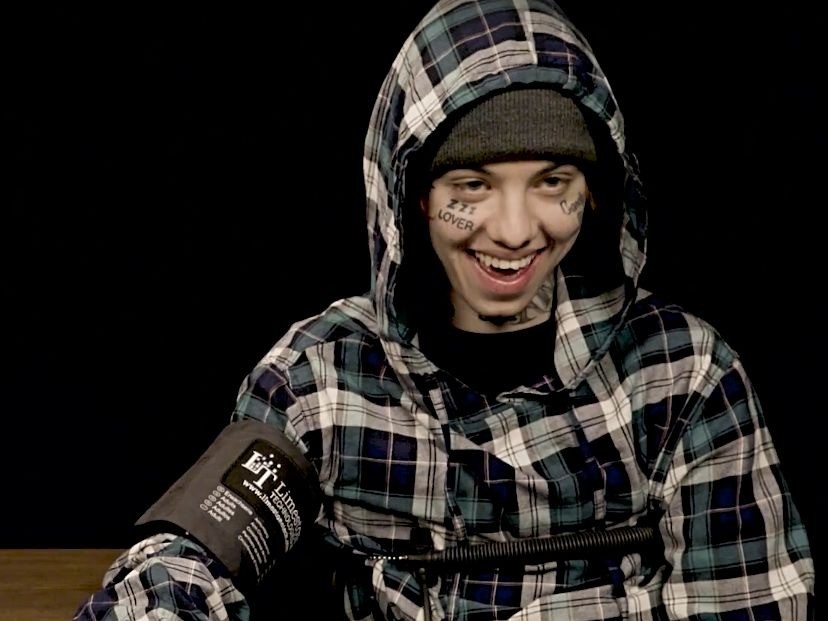 Lil Xan was recently featured on the Fuse digital series, Lie Detector, where he was hooked up to a polygraph and grilled on everything from his relationship status to his dreams of winning a Grammy. In total, he answered 10 questions — all of which were determined by the interpreter to be true.

On If He Reads Reviews On TOTAL XANARCHY

No, I have not read the reviews on TOTAL XANARCHY. I try to stay away from the internet. I consider the internet to be close to Satan.

On If He Googles Himself

All the time, yes. I mean, not all the time but like definitely a lot just to see what’s going on. I know I probably shouldn’t do that but I do.

On If He’s DM’ed Any Fans

On If He Wants A Grammy

Yes. I’d love to be nominated for a Grammy. I think that would be an honor. That’s what I strive for.

On If He Thinks Rappers Are Liars

Yes. I think most people in general are liars.

On If His Parents Know His Monetary Worth

No. My parents definitely don’t know how much I really make.

On If People Doing Drugs Around Him Freaks Him Out

Yes. It does make me a little uncomfortable, depending on the drug.

Yes. I feel very insecure if I don’t have a hat or beanie.

On His Relationship Status

Yes. I’m in a relationship. For this interview, yes. For the public, no.

In an exclusive clip for DX, Xan is asked if he’s changing his rap moniker to Diego (his given birth name) and whether he was worried the name change would affect his brand.

Check out those answers below.