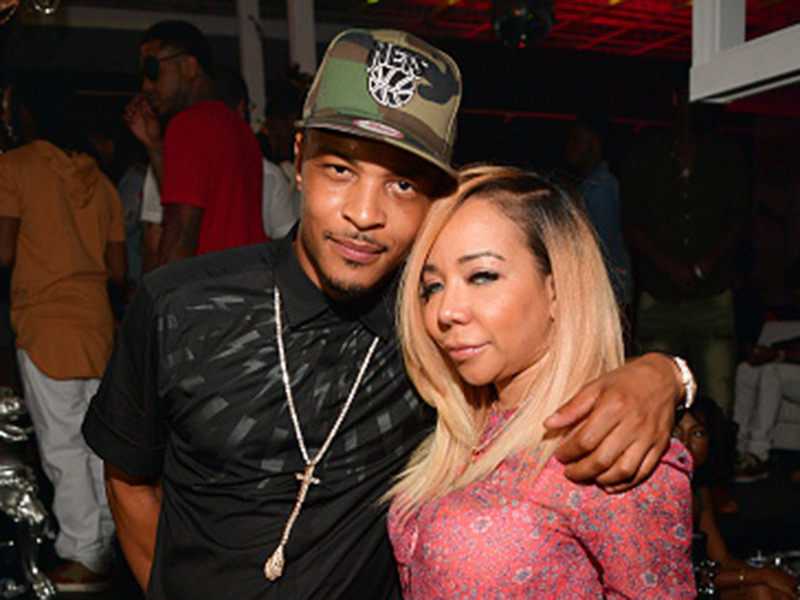 Tiny Explains What Makes Her Love For T.I. "Abnormal"

T.I. and Tiny Harris have endured a plethora of ups and downs throughout their relationship. But despite the drama, they always seem to work it out.

During a recent interview with HollywoodLife, Mrs. Harris opened up about the status of their marriage and what makes their love so unique.

“Yes, we are under the same roof,” she said. “We are now living in my house, because his house or the house that we lived in together is being remodeled or whatever. Right now, we’re just living in the house that I bought and then we’ll move back into the lake house, even though I love my house!”

Family out tonight in honor of my handsome husband @troubleman31 as he’s the first to receive the Xernona Clayton Trumpet Award! Congratulations My Luv… my son @phase_4 is all smiles with the beautiful @ashanti who closed the show wit hits & my girl @lilmama killed her tribute to @mclyte #TrumpetAwards2019 #FamilyAffair #AFewMissingInPix #SoPlsDontAskWhereNobodyAt ??????

The couple was on their way to divorce in December 2016 following allegations Tip had cheated on her after six years of marriage and four kids together. But last May, Tiny’s attorneys filed paperwork requesting a leave of absence from the case, the second in two months.

“I think the thing that keeps us coming back to each other is just that we have a love for each other that is like, abnormal,” she said. “And, a lot of people don’t understand and they’ll be like, ‘Oh, this, this and that’, but, no one’s ever loved me like this man. He’s my protector, he’s my provider. I just call him, ‘the man of my dreams.’”

The Xscape singer  — who was nominated for a Grammy Award for co-writing TLC’s “No Scrubs” hit in 1999 – also revealed she’s working on new music under the moniker Ryder, a name Tip only uses in the bedroom.

“I started to bring her out a little more, as far as in my music, because my music talks about my relationship, my life, and the things I go through, and things that other people go through,” she said. “I’ve recorded about four songs already. So, you know, I’m working. I’m gonna drop something really soon.”