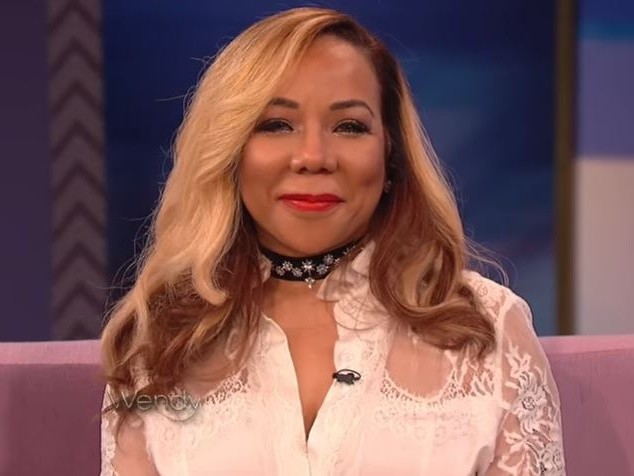 Tameka “Tiny” Harris appeared to be at her most candid this week on The Wendy Williams Show as she discussed her pending divorce from T.I., the Atlanta rapper’s relationship with model Bernice Burgos, and her own relationship with boxer Floyd Mayweather.

The Xscape songstress confirmed that reality TV did in fact “put a little strain” on her relationship with T.I. since “it keeps people in your business.” The two appeared on VH1’s “T.I. & Tiny: The Family Hustle” reality show for six seasons, the last of which is airing now.

Despite rumors of an alleged relationship between T.I. and Bernice Burgos, Tiny revealed that the rapper isn’t with Burgos. The singer also added that Burgos, who she referred to as someone “that comes in and is gone,” had no involvement with her divorce from T.I.

According to Tiny, her only issue with Burgos came when the model offered unwelcome commentary on her marriage in video uploaded to Instagram.

“He’s not even with her, first of all,” Tiny said. “And she had nothing to do with whatever was going on with us before, anyway. We were already going through whatever we were going through. She just came in the picture after I filed for divorce. And the only problem I have with her is … Somebody made a comment about her on my page. I said what I said. She replied. That’s cool.

“But then you come back with another video, speaking on my marriage, which is a no-no,” she added. “And then you come back with the final video, singing my song. And I’m feeling like ‘Okay, now you keep coming’ … I stepped to him like, ‘Don’t she know her place? She’s supposed to be quiet.’ Every woman that’s not the one knows that you supposed to be quiet.”

Tiny later confirmed that despite a video of her dancing with boxer Floyd Mayweather at a party for Mariah Carey, the two are just friends.

In December of last year, Tiny filed for divorce from T.I., following a marriage of more than six years. Although it’s unclear if the divorce has been finalized, Tiny did reveal on to Williams that she and T.I. “don’t have anything now.”