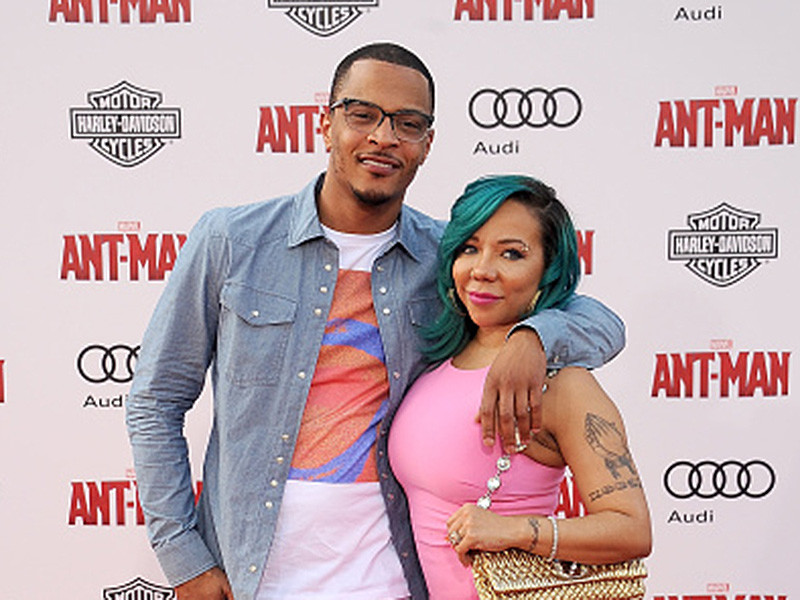 Tiny, who has reportedly been living separately from T.I., claimed her reason for divorce is the marriage is “irretrievably broken with no hope of reconciliation.” She is seeking child support and alimony from the Atlanta rapper, who she was married to for six years, and wants all property owned between the two of them to be split evenly.

In addition, the docs address the couple’s debt, saying “due to the high earning ability of Defendant, he should be responsible for said debt.”

T.I. reportedly has until January 6 to respond to the case. If he doesn’t, Tiny will receive what she requested in the filing in a default judgment.

T.I. and Tiny have yet to address the divorce publicly.

(This article was first published December 27, 2016 and is as follows.)

T.I. and Tiny Harris are reportedly ending their six-year marriage.

According to documents obtained by TheDirty.com, Tiny went to court on Dec. 7 and filed for divorce with annulment that morning. The documents were filed in Georgia’s Henry County courts. Tiny and T.I. wed in 2010 and have two sons and one daughter together. Their youngest, Heiress, was born in March of this year.

Their relationship seemed strong on paper through their television reality series, but things have reportedly been bubbling under the surface for some time now, according to a TMZ source. T.I. laughed off rumors in October that claimed he’d gotten a video model pregnant.

Public signs of trouble between the couple began brewing after a photo and video surfaced of Tiny dancing with T.I.’s past enemy, Floyd Mayweather, at a Halloween party. Those issues threw more fuel on the bitter feud between the men that began in 2014.

Neither T.I. nor Tiny have yet to address the divorce in written or public statements.

The most recent update on both of their Instagram pages is a video of T.I. playing with Heiress as she drives (and crashes) her new Christmas present.