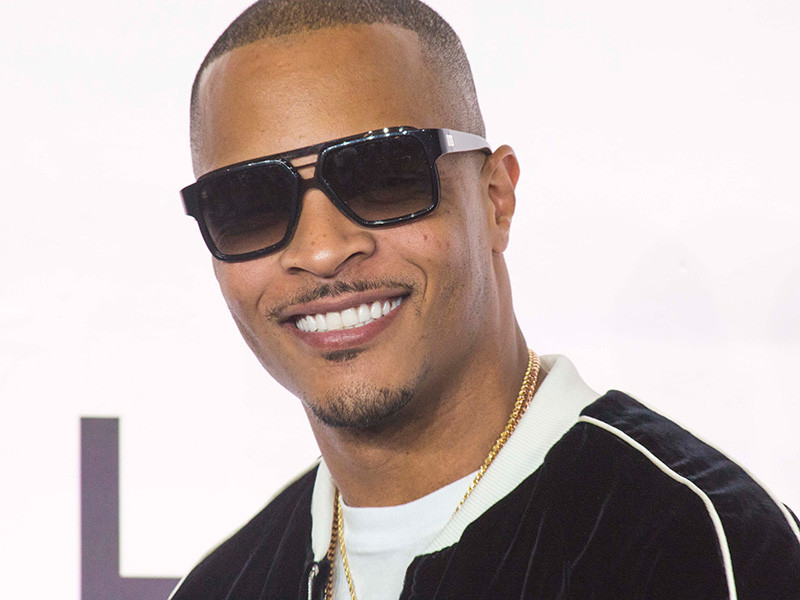 T.I. and Floyd Mayweather have been having simmering issues since 2014, and it appears that the war of words could be heating back up. Their rivalry made headlines again this past Halloween when T.I.’s wife, Tiny, was seen in a photo with her husband’s enemy. Tiny had said she’d posed for a quick photo at Mariah Carey’s request and then kept it moving, although new footage shared by Instagram account @HollywoodUnlocked appears to show the two dancing together at the R&B superstar’s Halloween party.

#PressPlay Oooooouuuuu! #Tiny was all over #FloydMayweather at #MariahCarey's Halloween party and the receipt is hot! Maybe this is what must have sparked the jokes by #TI and friends last night (see prior post). Thoughts?

It had been previously rumored that Tiny and Mayweather’s relationship was of a clandestine sort, and there was that skirmish between T.I. and Mayweather back in 2014 that got physical.

Around the same time the post of the two dancing went up, the veteran Atlanta rapper posted an Instagram video poking fun at Mayweather’s father, in a clip of comedian Kevin Hart and Grand Hustle VP and Rubicon CEO Clay Evans having a roasting session during what looked to be a dinner gathering. Things took a turn when Hart said that Evans was a “Mayweather’s father face-ass nigga” which made the entire table erupt in laughter.

Recently, T.I. also had sharp words for the world-class boxer over his “All Lives Matter” stances.

In what appears to be a response to T.I., Hollywood Unlocked, or anyone else who might throw shade his way, Mayweather posted an image of a $100 million check to his own IG account. “Gotta love these backseat drivers so worried about another man’s legacy instead of trying to write their own. Ultimately, I will always have the last laugh,” he wrote, before bragging about his riches in further detail.

Gotta love these backseat drivers so worried about another man's legacy instead of trying to write their own. Ultimately, I will always have the last laugh. This is just one of my many checks, a cool $100,000,000.00 that I still have every dime of. Y'all still have to work however, I'm happily retired. At the end of the day, it's them Benjamin Franklins that matter to me, so the jokes on you. I've made smart investments, sorry for those who thought that I couldn't read, write, or count. Y'all call them watches, I call them time pieces. Y'all call them boats, I call them yachts. Y'all call them houses, I call them mansions. Y'all charter jets and we own jets. #TMT