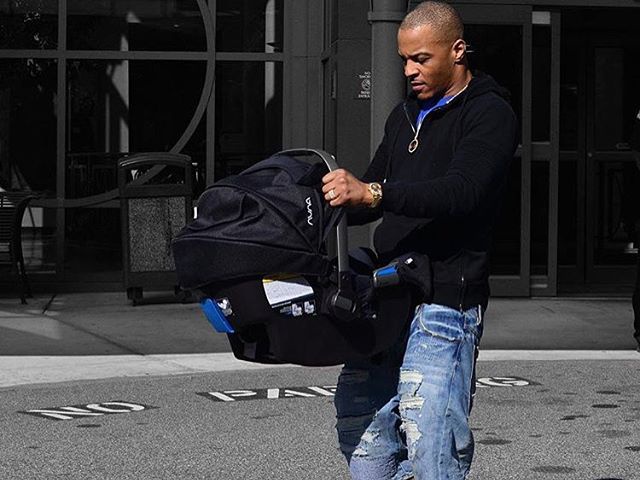 T.I. says he was “on the business end” of his daughter’s delivery.

TMZ recently caught up with Atlanta rapper T.I. to ask the musician about the recent birth of his daughter, Heiress Harris. He joked about handling business as his wife, Tiny gave birth to their third child together.

At one point, T.I. claimed that he was the one “doing the incisions,” during the delivery.

Tiny gave birth to the couple’s daughter on March 26. She issued the following statement the day after she gave birth:

“Yesterday, March 26th, at 2:58PM we welcomed a beautiful baby girl that weighed in at 5lbs…My husband, Tip Harris, went from the stage right to the plane from his show in Las Vegas and luckily, made it to Atlanta with time to spare. Our whole clan was together to see our beautiful healthy baby girl make her way into the world. Just the way I like it!!”

Video of T.I. speaking with TMZ about assisting with the delivery of Heiress Harris, can be found below.