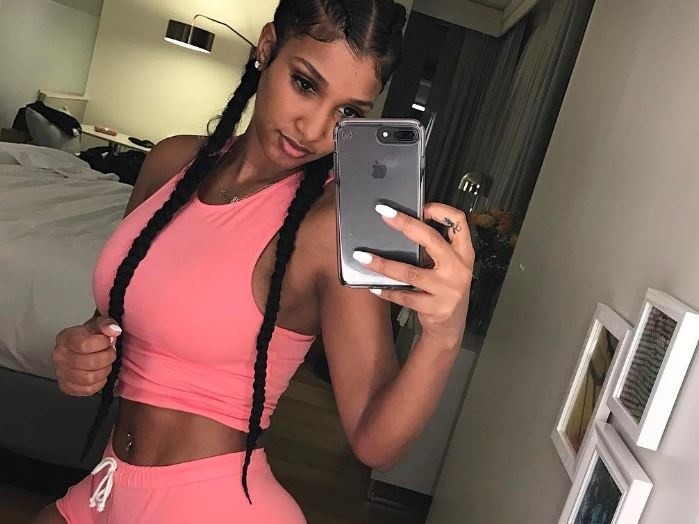 Model/entrepreneur Bernice Burgos has responded to Tameka “Tiny” Harris’ claims that she’s a “pass around bitch.”

Burgos countered Tiny’s low blow and addressed rumors of a relationship with T.I. in a video uploaded to social media this week. If the status of the relationship between Burgos and the Atlanta vet was already foggy, the model’s attempts to offer clarity may have been lost.

Burgos began her video by commenting on there needing to be no time to wait to have sexual relations if someone is separated from their partner. Tiny filed for divorce from T.I. in December of last year.

Later in the video, she stated that she and T.I. are “just friends.”

Bernice Burgos clears up rumors that she's breaking up TI and Tiny's happy home. She also makes it clear she's not a pass around b*tch. pic.twitter.com/qTLkEHm113

“This is 2017,” Bernice Burgos said in her video. “Ain’t nobody gonna be waiting for pussy. And waiting to fuck just because I’m getting separated. That’s not true. Ain’t nobody breaking no happy homes. Ain’t no none of that. That’s none of my business. I’m there for him. He’s a boss. And I’m a boss.

“This is is why I don’t put my personal business out there,” she added. “Cause people take it out of proportion. People think it’s this and it’s not…We’re just friends…This is not me being a side chick because I would never be a nigga’s side chick. Never. That will never be me.”

Burgos was recently called out by an Instagram user claiming to know the model personally, despite the woman having only three followers on the social media site. The user called Burgos a “homewrecker” and claimed that she broke up her boss’ marriage.

Last week, The Shade Room screen captured a comment Tiny made after a fan asked about Burgos and T.I.

“I ain’t losing no sleep over no pass around bitch! Bless him & her too!!” Tiny wrote.