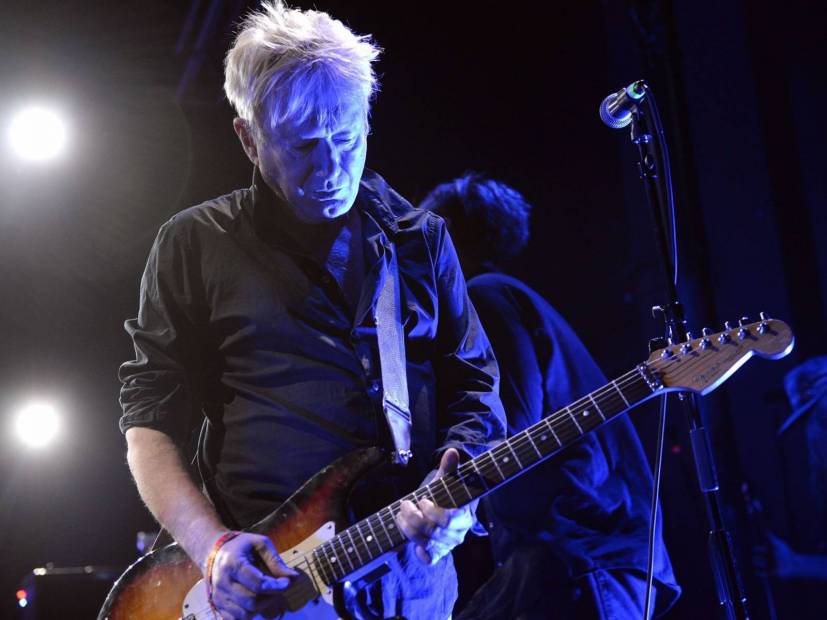 Los Angeles, CA – Andy Gill of British post-punk legends Gang Of Four thinks highly of Frank Ocean. Not only does Gill call several of his tracks “brilliant,” but the guitar visionary also appreciates his level of integrity.

For Ocean’s “Futura Free” track, his management reached out to Gill for permission to sample Gang Of Four’s “Love Like Anthrax” classic, something countless artists have decided to forgo in favor of simply ripping off their music.

“I really respect that because we all know that you’ve just got to change it a little bit and no one’s going to know,” Gill tells HipHopDX. “It’s like no one’s going to know, so who cares? In this day and age when a lot of people are cheating a bit, to have someone be that straightforward and honest, I was like, ‘Wow, yeah. Great, good for you.'”

Impressed by his candor, Gill obliged and Ocean moved forward with the track. It was included on his platinum-selling Blonde album, which credits Gill in the liner notes.

Gill has a rich history of integrating a wealth of musical genres into Gang Of Four’s music and beyond. As a producer, he spearheaded albums such the Red Hot Chili Peppers’ self-titled debut and The Jesus Lizard’s Blue.

“I’m not trying to claim the beginnings of it or anything like that, but Gang of Four was always very beat heavy,” he says. “It was always about the drums and the bass lines. And there was a lot of spoken word. So there’s a real affinity with the concepts of Hip Hop and that’s a place that I go to pretty much first. So I’m always on the look out for what new stuff is going on in that world. Run The Jewels was something from a few years ago. I just thought it was really, really great.

“And I guess the Kanye West record, yeah, I guess it’s from Yeezus. Is that the one with ‘Hold My Liquor?’ I love that song. It’s really moving. It’s really clever. It switches from stupid and drunken and just talking crap to a very emotional mode that almost wants to make you cry. And that’s really clever. I guess that would be probably my favorite song of his — that kind of trash talking to your girlfriend because you’ve scratched her Corolla or whatever, and then coming back with something which is almost spiritual. Yeah, I think it’s a fantastic set up.”

While Gill admits the bitches and “shagging” bravado can grow tiresome, he understands it.

Gang Of Four is planning to release their next album, HAPPY NOW, on April 19. It serves as the group’s 10th official studio album.