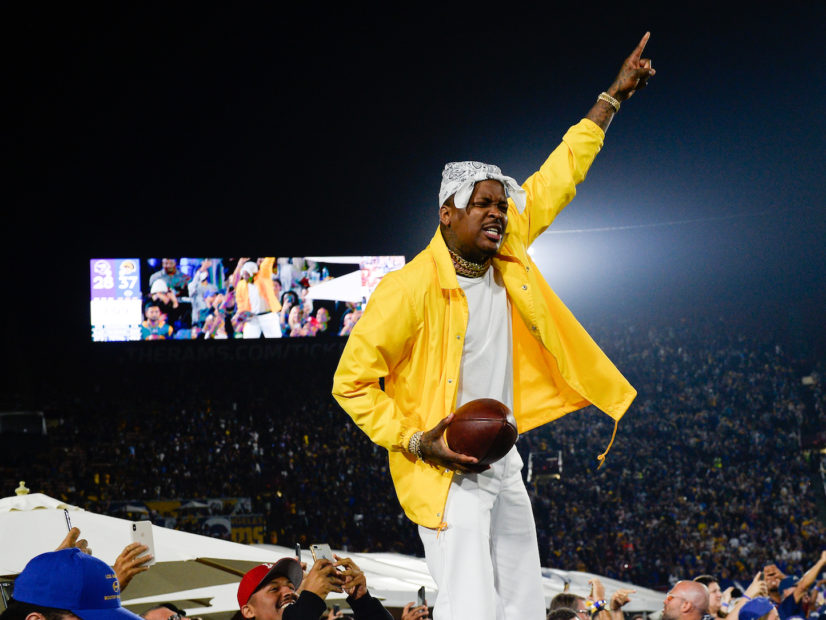 Los Angeles, CA – YG is the Los Angeles Rams’ most famous supporter of the moment. As they’re on their way to play the New England Patriots in Super Bowl LIII on February 3 in Atlanta, Donald Trump showed his support for the Patriots on Twitter on Sunday (January 20) as they won the AFC Championship.

The “Big Bank” rapper took notice and attacked in hopes for the downfall of Trump and the Patriots.

“Congratulations to Bob Kraft, Bil Belichick, Tom Brady and the entire New England Patriots team on a great game and season,” Trump tweeted. “Will be a fantastic Super Bowl!”

“Fuck you,” YG retweeted in a reply to Trump. “We gone beat you and yo team.”

Donald Trump continues to be the biggest target for YG’s vitriol.

Earlier this month, YG announced that he will be releasing “Fuck Donald Trump 2,” the second edition of his politically infused single of the same name from his 2016 album Still Brazy.