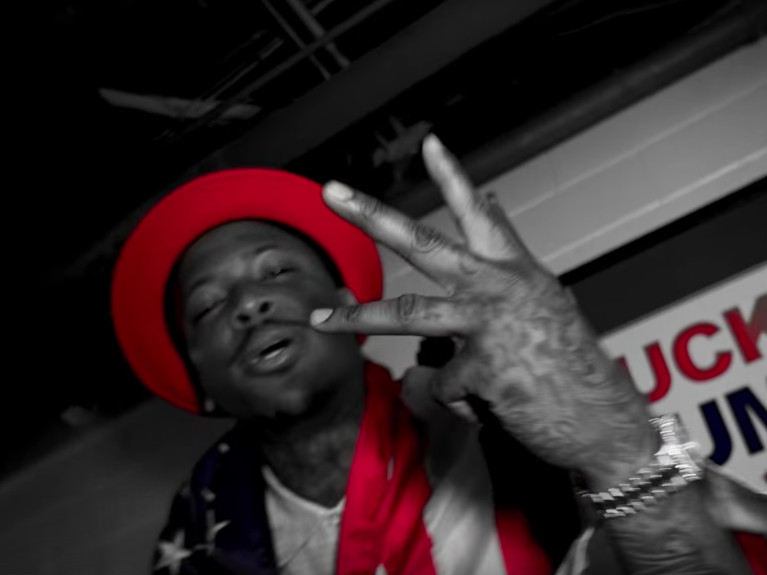 Get A "Fuck Donald Trump" Bagel For Voting Courtesy Of YG

Compton, CA – If you’re heading to the polls today (November 8) in Compton, YG would like to fuel your day with a “Fuck Donald Trump” bagel. The Still Brazy rapper announced on Twitter he is handing out the breakfast as an initiative for his 4 Hundred Waze charity and partnership with bagel food truck Yeastie Boys. The bagels are dyed red, of course.

This comes right alongside the success of YG’s “Fuck Donald Trump” song with Nipsey Hussle, which he re-released with G-Eazy and Macklemore. The Compton MC even had fans come onstage and beat up a Donald Trump piñata at a recent show.

The Donald is facing off against Democratic hopeful Hillary Clinton for the office of president in what has been one of the craziest election seasons in U.S. history.

California voters will also be voting on Proposition 64, which would legalize recreational use of marijuana for those 21 and older, and Proposition 57, which YG has voiced his support for. A “yes” vote on 57 allows parole consideration for nonviolent felons and requires youth under 18 to have a hearing in juvenile court before being tried as an adult.

Music-wise, YG released “One Time Comin’” last month as a tribute to victims of police brutality and he’s preparing the release of his Red Friday mixtape due out Black Friday (November 25).