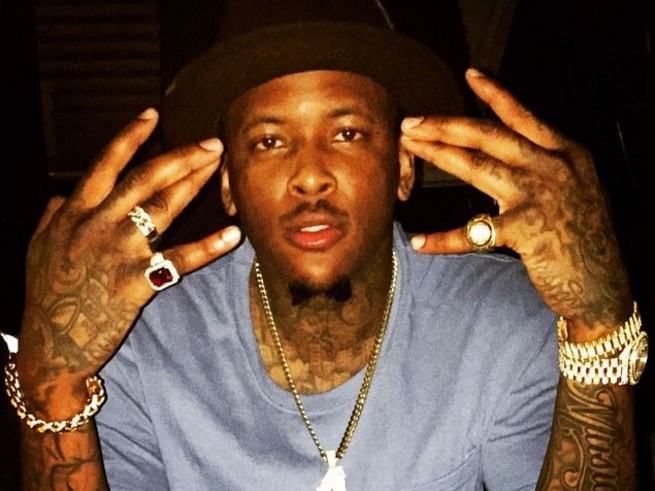 San Diego, CA – A trio of YG fans showed no mercy on a Donald Trump piñata as they beat it into paper mache oblivion during the Compton rapper’s show in San Diego this week.

YG, the mind behind “Fuck Donald Trump (FDT)” and “FDT Part 2,” has frequently made his distaste for the controversial presidential candidate known.

In July of this year, the West Coast wordsmith revealed why he feels that records like “Fuck Donald Trump (FDT)” and “FDT Part 2” are needed, during an interview with i-D.

“Yeah, it’s like, wake up, America,” YG said. “Motherfuckers are talking about drugs and parties and guns and shit. But they gotta know there’s more shit going on. We gotta say something, cause if not, it’s like we’re out here standing for nothing, like we ain’t got no morals. That ain’t what it is. That ain’t me. So I decided to speak up.”

Footage of YG fans putting hands on the Donald Trump piñata, can be found below.

@YG invites people on stage to beat a Donald Trump Piñata shit was too brazy pic.twitter.com/rnCIFMvjV2