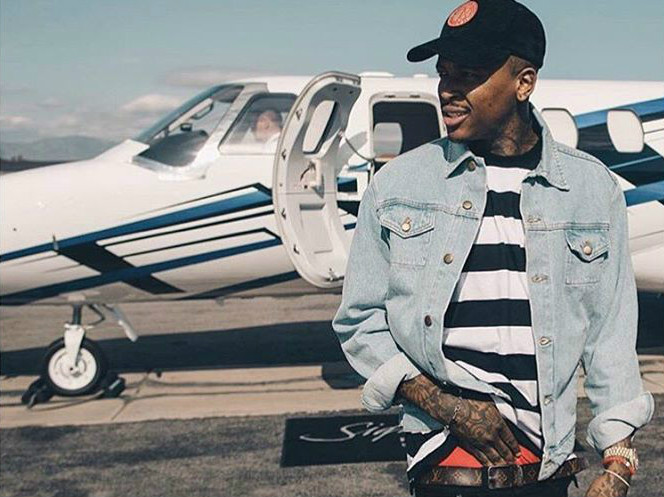 YG surprised fans by releasing his Still Brazy album a few days early to Apple Music. The Compton, California rapper’s sophomore LP was originally scheduled to drop Friday (June 17), but here it is.

The project, which is the follow-up to YG’s critically acclaimed My Krazy Life, is made up of 17 tracks and includes features from AD, Lil Wayne, Drake and Nipsey Hussle.

YG is ready to take over Summer ’16 with the release of Still Brazy, his sophomore album.

It is set for a June 17 release and is now available for iTunes pre-order, which reveals the tracklist. Still Brazy is said to have 17 tracks including the singles “Twist My Fingaz,” “Why You Always Hatin?” featuring Drake and “FDT,” a Donald Trump diss track with Nipsey Hussle.

Other guest appearances LP are to include Lil Wayne, AD and Jay 305.

This album will be the follow-up to 2014’s My Krazy Life.

The follow-up to YG’s street classic My Krazy Life will not be Still Krazy, but Still Brazy.

This news comes according to the Compton, California rapper’s social media where he announces the release date for Still Brazy is June 17.

“New album title alert STILL BRAZY 6.17.16,” YG writes with a picture of the cover art, a red background with a blurred out picture of himself.

Since releasing his debut album in 2014, YG was shot one year ago in Los Angeles while recording what is now titled Still Brazy. YG details the shooting in the Terrace Martin-produced single “Twist My Fingaz.” He also dropped the Drake-assisted “Why You Always Hatin?” last month.