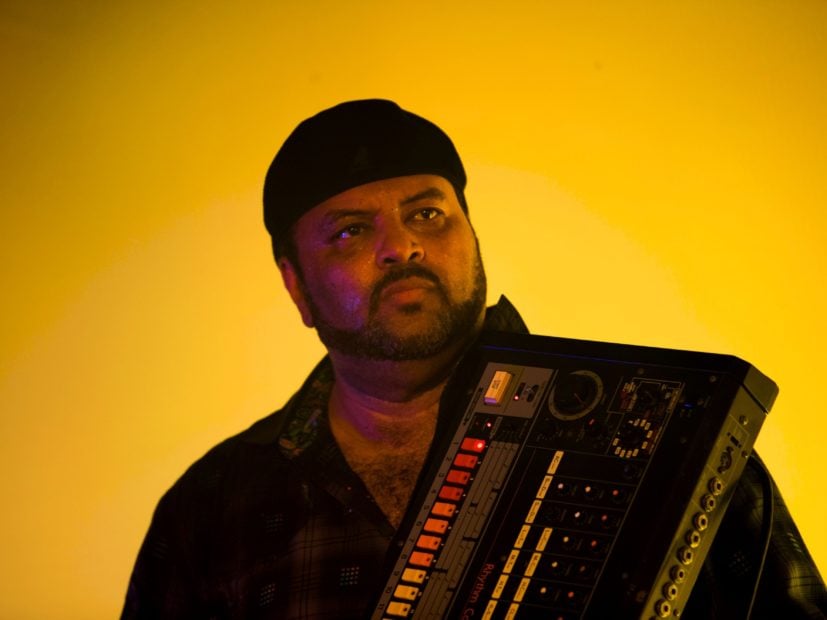 Los Angeles, CA – Electro-Hip Hop pioneer Egyptian Lover has paved the way for countless DJs to walk the path to electro glory. After delivering his ninth studio album 1984 roughly four years ago, the King of the 808 returned with 1985 last November.

“Since day one, it’s been the Egyptian Lover sound,” he says. “Call it what you want. I just keep doing what I love. It’s all about the beat. Being a DJ back in the early ’80s, I saw what made people have a good time. That uptempo 808 is timeless and I work that machine to death.

Fans of the Uncle Jamm’s Army DJ will notice more politically-minded lyrics. Previous albums such as 1984’s On The Nile or 1986’s One Track Mind dabble in women, dancing and romantic relationships. While there’s a healthy dose of that, Egyptian Lover makes a point to tackle some serious topics as well.

“I’m older and I have many young fans,” he explains to HipHopDX. “I just wanted them to hear it at least once if they haven’t already. They are the future and I just wanted to put it out there with some dance music. Who knows? One day these people may solve all the worlds problems.”

Over the course of his career, the rap/Hip Hop climate in Los Angeles has continuously evolved. Egyptian Lover recalls a time when Dr. Dre was still in the World Class Wrecking Cru, pumping out electro tracks like “Surgery.”

As an L.A. native, Egyptian Lover watched gangsta rap take shape in the 1980s and Dre went from rocking a keytar to becoming a pioneering gangsta rapper as a member of N.W.A.

“I thought it was cool,” he says of the transition. “I remember hearing Mixmaster Spade [Compton Posse] do it on a mixtape back in 1981 and I also did it — called it ‘Street Rap’ — in 1979 on a mixtape. I never thought something like that would go mainstream, but it did. I was really proud of them.”

Egyptian Lover continues to tour around the world, bringing his signature style to the masses. He’s already started carving out his next project, the aptly titled 1986.

“I’m working on 1986 now,” he confirms. “I’m also using a LinnDrum on some of the songs. There’s a lot of electro-funk and a lot of Purple Prince sounds like ‘Freak-A-Holic’ and ‘The Alezby Inn. 1984 and 1985 are special to me because I made these albums the same way I made my first album On the Nile in 1984.

“I used the same studios and same gear to get the same sound. I’m so proud of these albums. My keyboard player Brian Ellis has been with me for 10 years and we work together very well. He is so very talented. Thanks to him all my musical dreams came true.”

1985 was like a family affair. He chose his longtime friends to be on it and was able to finally make some of his dream collaborations come to fruition.

“I chose my friends to be on it,” he says. “I had many ideas of many artists, but Newcleus, Juan Atkins and DJ Qbert we’re at the top of my list. Bucket list complete.”