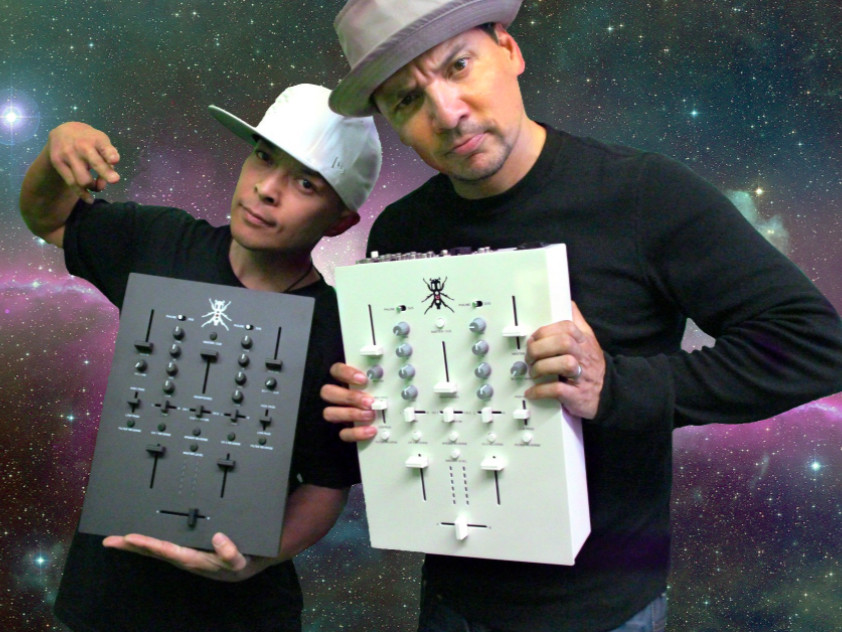 In celebration of the 20th anniversary of DJ Qbert’s inaugural Turntable TV episode, the Invisibl Skratch Piklz turntablist is bringing back the series with Mix Master Mike as the first guest of 2017. As one half of their collaborative project Channel Zektar, the former Beastie Boys DJ has been a longtime friend of the Bay Area vet since they both started their musical journeys.

“This is monumental,” Mix Master Mike adds. “After three decades of doing this, we will celebrate the gift of inspiration and look forward to finding more unexplored territories.”

My patna @mixmastermike joins us as we get stupid on #TurntableTV tomorrow Tuesday on Facebook.com/skratchdjqbert 7:30 pst @thudrumble It will also be the one and only day that the ltd edition #Extraterrestria Puzzle Piece pic discs go on a flash sale along w the last remaining 15 box sets!!! Good luck! ??@yogafrog808 #MCUB #ChannelZektar

Tuesday (January 17) is also the only day consumers can purchase all nine puzzle pieces (12″ custom die cut records) of Qbert’s Extraterrestria album before being scattered to contributors around the world, launching a massive hunt to collect them all. It marks the first project to incorporate Bluetooth into the packaging, allowing it to be converted into a functional DJ set-up, as well as the first ever puzzle vinyl set, something that took over three years to produce. Each puzzle piece features a unique track selection from the Extraterrestria project, including original tracks, remixes and bonus tracks.  All nine puzzle pieces can be purchased here for $500. The first episode of Turntable TV kicks off today (January 17) at 7:30 p.m. PST and can be watched live on Qbert’s Facebook page.