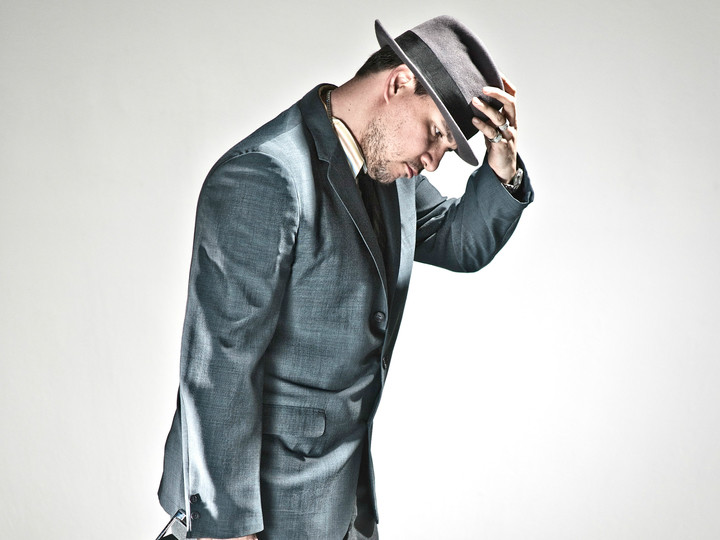 Los Angeles, CA – Former Beastie Boys turntablist and Invisibl Skratch Piklz alum Mix Master Mike always has his sights set on the future. His most recent endeavor blends innovative VR (Virtual Reality) 360 technology with his “Magma Chamber” video and quite literally lures the viewer into the depths of hell, where they are provided with a live DJ experience unparalleled by any other artist.

While VR technology has been used to transport viewers to live concerts, it’s never been done in a way that combines mind-bending turntablism with intriguing graphic design and an alternate underworld. After releasing his full-length project, Magma Chamber, he wanted to do something that was atypical of the norm.

“I felt the music was way too important to just put it out the normal predictable way,” Mike tells DX. “So my longtime partner Naut Humon and I started these videos for my new compositions that are intended to be played in this next level 360 space theater called the Cinechamber. Our schedules got so busy, so in the meantime, I created ‘Magma Chamber.'”

While staying in the Grand Tetons, Wyoming, he was inspired by a personal event going on in his life at the time and came up with a concept he felt would be considered “timeless.” He wanted to put something out that would be talked about for years to come. He presented the idea of a full-length EP completely done in virtual reality to his artist Tony Washington and together they figured out a way to bring Washington’s artwork to life. He then contacted Jonathan Winbush, a well-known motion graphics artist, and Robert Bucannon of 4K Films. The storyboards were crafted and the rest is history.

“For me, this is the ultimate platform to express my music,” Mike says. “Finding a team that could help me create these virtual worlds is a dream come true. They will finally be a reality in a virtual environment. I’m confident this project will definitely spark minds and inspire other artists to take a leap forward in using what we’ve created as a template to a whole new creative VR 360 approach.”

In the near future, Mike will host a VR 360 event at the Los Angeles Vortex Dome, which Mike describes as “IMAX’s nightmare.” People can experience the “Magma Chamber” without the VR goggles and will be immersed into Mike’s virtual world as he tears it up on the 1s and 2s.

“Everything I do is intended to liven up all the dead space in the world and show my fans they can count on me to show them new levels,” he says. “‘Magma Chamber’ VR 360 is only the beginning of a whole new wave. You’ll experience a place like no other—a world where the conductor controls the chaos, the order and disorder. ‘Magma Chamber’ is virtually lit up. You’ll be burnt (not turnt) in the best way possible.”