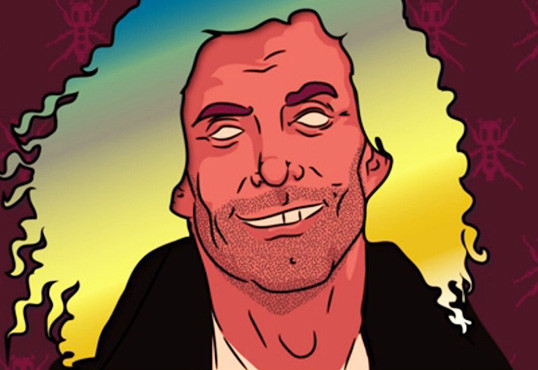 Since its origin, Hip Hop has always been about four elements: emceeing, graffiti writing, b-boying, and DJing. Three of the most universally known and respected turntablists — DJ QBert, D-Styles and Shortkut — helped lay the foundation for inventive techniques on the decks and continue to represent the very embodiment of what it means to be an actual DJ.

As the Invisibl Skratch Piklz, they took their otherworldly skills to the masses and carved out their place in Hip Hop history. After nearly 16 years apart, they have resurfaced with their first full-length album, The 13th Floor. In anticipation of its September 9 release date, they have unveiled the second single from the album, “Kenny G’s Perm,” a mellow fusion of jazz, Hip Hop and impeccable scratching. The name came from an understandable curiosity of how Kenny G’s curls are so tight.

“The vibe of the song reminded me of a Kenny G song if he had smoked weed,” D Styles explains. “And Kenny G always had the flyest hairstyle. I often wondered if it was natural or if he got a perm, hence the name.”

Originally formed in 1989 along with DJs Mixmaster Mike and Apollo, the San Francisco-based collective has always remained in touch. While Mixmaster Mike juggled his work behind the decks with the Beastie Boys, Apollo was also immersed in other projects. While noticeably absent from the project, D-Styles offers a simple explanation for that — they were “busy.”

QBert, D-Styles and Shortkut were finally able to line up their schedules to start recording. After working together for so long, the project came together organically.

“To start off the album, we all linked up one weekend in San Francisco and recorded ourselves jamming,” D explains. “We took the session of that night and picked the best moments, and restructured some of them into songs. After that, we would email each other sketches of songs for a good two months. We had five days to record at the Red Bull Studios in Tokyo, Japan, so we did the album in five days.”

Taking their innovative ideas to the forefront, they crafted a 35-minute, nine-track live scratching album, a rarity these days. The title illustrates exactly what they were trying to accomplish.

“In a lot of buildings and hotels, you rarely see a 13th floor due to bad luck or whatever superstitious reasons,” D says. “It’s the same for scratch music. Rarely do you come across an all scratch album, especially one performed live. So that’s what our album represents.”

Ultimately, the Invisbl Skratch Piklz want The 13th Floor to influence future turntablists to honor Hip Hop culture the same way they do.

“Hopefully this album brings the spotlight back to real DJing and scratch musicians,” he says. “I hope it inspires a new generation of kids to study this music and continue this art form.”