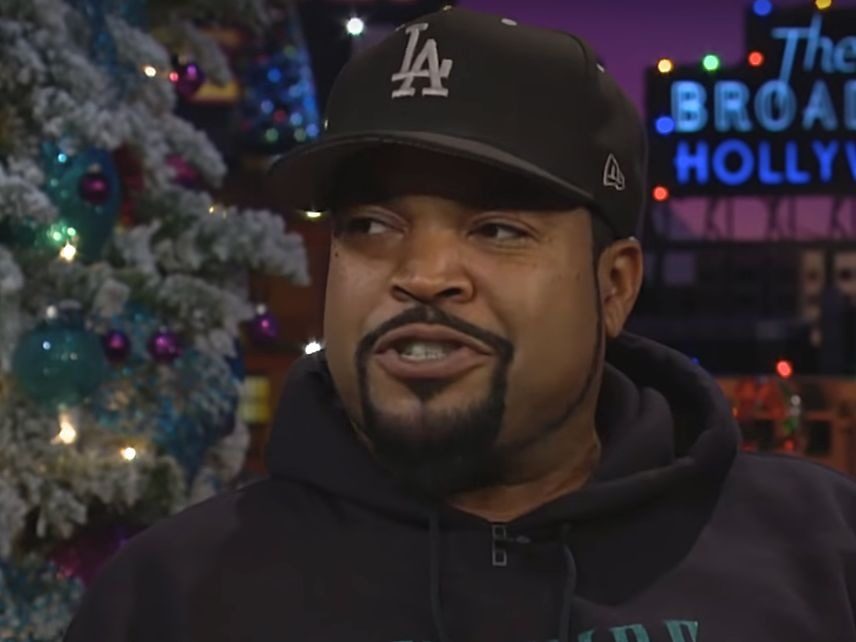 Los Angeles, CA – Ice Cube was Monday night’s (December 10) guest on The Late Late Show With James Corden where he dove into the archives and pulled out a hilarious story about his N.W.A days.

With actor Sean Hayes listening in, Cube recalls the night the Hip Hop legends were banned from attending their own album listening party for 1988’s Straight Outta Compton.

“We couldn’t get into our own listening party,” Cube explains. “They had it at this boujee club. We couldn’t get in. We were late because of Eazy. He always made us late. We show up — it’s a pretty swanky, gotta have your Easter shoes on and stuff like that — we come in khakis and Chucks and they like, ‘What the hell?’ We ain’t famous then so nobody really know who we are.

“So the security was like, ‘You gangbangers ain’t comin’ in.’ Like, ‘This is our album.’ So, we fought with this dude. The owner of the label came out, trying to convince security to let us in. They like, ‘Nope, we’ve seen this before.’ So we ended up going to IHOP and fussing about it, complaining. Yeah, it was terrible.”

“It’s a rock tour with Korn and Limp Bizkit and a group called Rammstein,” he explains. “They would set themselves on fire like on stage. They’d put gel on them and like, ‘Flame on.’ I’m like, I couldn’t imagine if we tried to say, ‘Yo we on a rap tour, Flav want to put himself on fire.’ Promoters would be like, ‘Hell no.’

“It was just a trip just seeing how rock bands just take it to the 10th power. If you on fire, I’m pretty sure you can play pretty good or fast, at least. It was amazing just to see a dude on fire sitting in the middle of an arena. It was just crazy.”

The busy movie star/rapper is currently doing the press rounds in support of his newly released album, Everythangs Corrupt, which arrived on December 7.