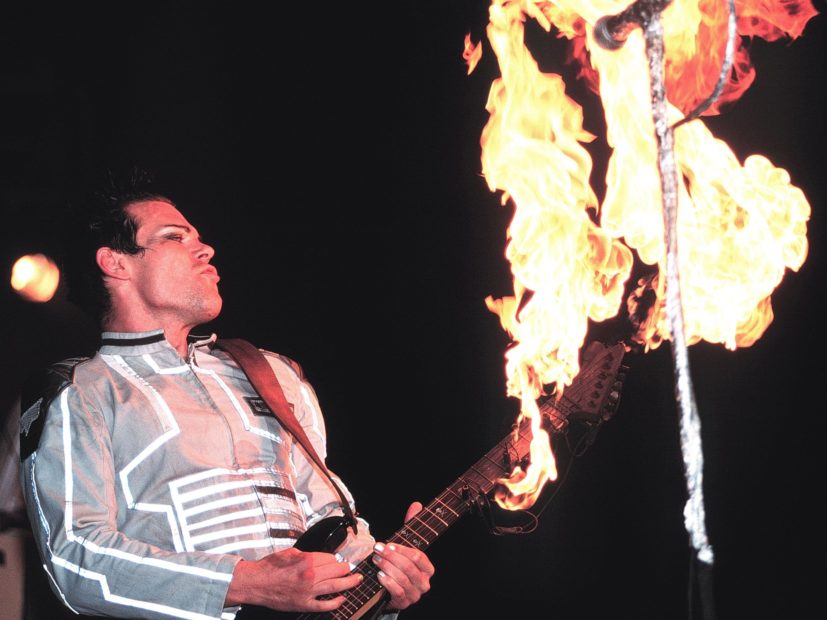 Many moons ago, Ice Cube embarked on the Family Values Tour alongside Korn, Limp Bizkit and Rammstein. It was — as Cube recently told James Corden — the “craziest” tour he’s ever been on. Rammstein would routinely light themselves (or, as one person learned the hard way, their fans) on fire as the crowed looked on.

Fast-forward a couple of decades and Rammestein guitarist Richard Kruspe is praising Hip Hop while somberly proclaiming, “Rock is dead.”

In a new interview with Revolver, Kruspe discussed the impact of Hip Hop and noted its domination over any other genre.

“There’s just nothing to say so much anymore,” he says. “Rock is dead. It’s sad, I know it is. But sometimes you kind of have to make peace with the facts of reality. Every time I’m listening to what’s new and it’s definitely not rock. There are always going to be these old dinosaurs that have a certain kind of performance that will survive. I’m talking about the new generation rock. What happens at the moment is that kids these days don’t have that feeling when they play their favorite rock tracks to annoy the parents.

“Guitars are not annoying anymore so what they’re using, especially in Germany, they’re using their voice, the lyrics, which basically mostly happens in Hip Hop. They start to rebel against everything, and Hip Hop is the soundtrack.”

Kruspe does insist rock still has something Hip Hop doesn’t.

“It’s all about Hip Hop at the moment, which is hard to me because Hip Hop was always kind of a music that I couldn’t relate to,” he says. “If I got to a festival and see a Hip Hop group play, I’m so bored. That’s one advantage rock still has over Hip Hop. There’s a visual and sonic connection between the band and the audience.”

With explosive and visually-stimulating tours such as Travis Scott’s Astroworld: Wish You Were Here Tour currently on the road, his sentiment is hard to grasp.

Gene Simmons once made similar statements about the state of rock, but he’s also blasted Hip Hop numerous times in the past.

In a 2016 interview with Rolling Stone, the KISS frontman said: “Rap will die. Next year, 10 years from now, at some point, and then something else will come along. And all that is good and healthy. I don’t have the cultural background to appreciate being a gangster. Of course that’s not what it’s all about, but that’s where it comes from. That’s the heart and soul of it. It came from the streets.”

He also ignited a war of words between himself and Cube when he scoffed at N.W.A’s inclusion in the Rock and Roll Hall of Fame.