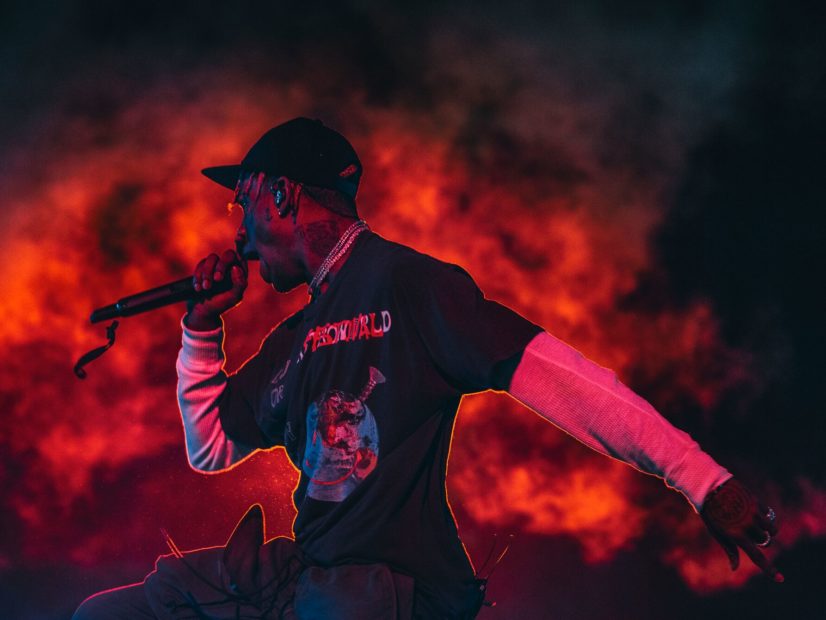 Houston, TX – Travis Scott’s first ever Astroworld Festival took place in his hometown of Houston on Saturday, November 17 at NRG Park — right across the street from the now-defunct Six Flags AstroWorld it’s named after that shut down in 2005.

NRG Park swarmed with over 40,000 attendees from across the globe in anticipation to catch performances from Lil Wayne, Young Thug, Rae Sremmurd and Post Malone as well as Sheck Wes, Gunna, and Trippie Redd, who are all headliners on Scott’s Astroworld: Wish You Were Here tour.

Some of Houston’s most legendary rappers also hit the Astroworld stage such as Bun B, Trae Tha Truth, Z-Ro, Slim Thug and Paul Wall as well as a few of H-Town’s freshest rappers including Maxo Kream and Dice Soho, among others.

Travis Scott of course, closed-out the festival and brought out Young Thug, Swae Lee and Don Toliver as surprise guests.

Aside from the customary festival rides and entertainment, a unique highlight from the fest was a specially made Screwed Up Records pop-up shop as a tribute late Houston legend DJ Screw. The re-imagined shop looked just like original storefront found on Fuqua Street and sold custom merch and displayed an archive of every chopped-and-screwed mixtape ever created by the iconic DJ born Robert Earl Davis, Jr.

Congrats to @TravisScott who now has his own day in Houston called 'Astroworld Day' which will be every November 18th. Follow ➡️➡️ @HipHopDX for Hip Hop & More.

While the city of Houston may not have its beloved Six Flag’s Astroworld any more (it’s now home to Houston’s famed Rodeo) the festival certainly brought back the nostalgic spirit of the amusement park that the city can enjoy at least, once a year.

The making of Astroworld Fest was a childhood dream for Travis.