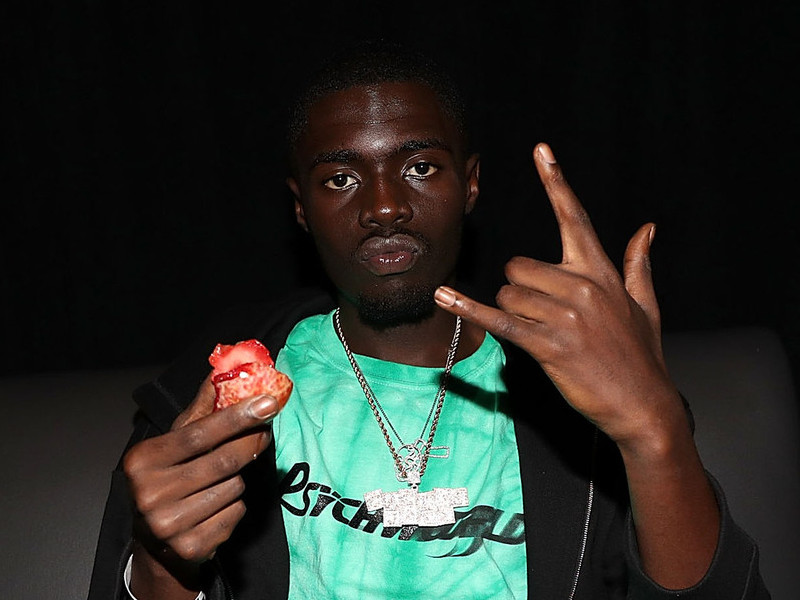 Sheck Wes is out to prove he’s no one-hit wonder with the release of his debut, Mudboy.

The Cactus Jack/G.O.O.D. Music artist’s first project is comprised of 14 tracks, including his breakthrough single “Mo Bamba.” Despite being signed to Travis Scott and Kanye West, Sheck’s debut is a solo affair with no guests.

[This post has been updated. The following was originally published on October 2, 2018.]

Bamba sports a shirt featuring the project’s title and October 5 release date in a Twitter announcement.

The actual Mohamad Bamba being involved is a natural fit since Sheck is a childhood friend.

“I’m honestly just proud of this dude,” the former Texas Longhorn recently told HipHopDX. “He has his handprint all over the game and in entertainment. And that’s what makes him special.”

Sheck’s “Mo Bamba” has been a digital juggernaut, racking up close to 16 million streams on SoundCloud and well over 19 million views on YouTube. The song’s success (peaked at No. 31 on the Billboard Hot 100), not to mention the backing of Travis Scott and Kanye West, has built a lot of hype for the upcoming release of Mudboy.

Listen to Sheck’s “Mo Bamba” below.