Review: Travis Scott Ascends Even Higher Past His Imitators With "Astroworld" 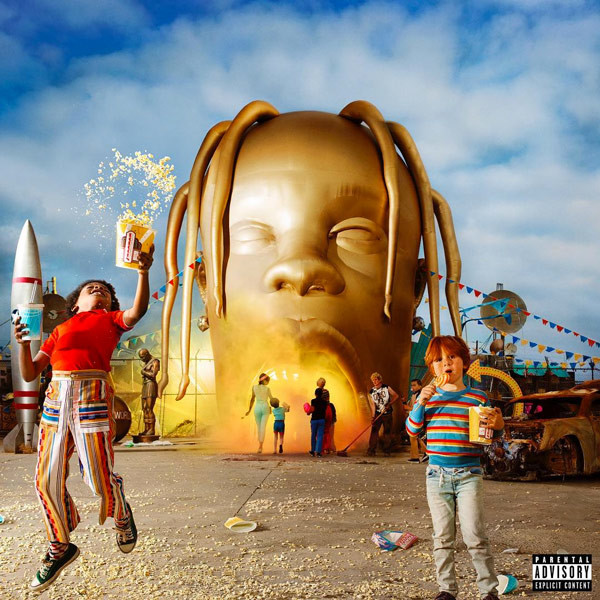 In the near two years since Travis Scott dropped his platinum-selling sophomore LP Birds in the Trap Sing McKnight, there have been countless acts who have attempted to emulate his sound that has engrossed millions.

After a series of delays — and a forgettable collaborative effort — eager fans were finally gifted with the long-awaited Astroworld in the early morning of Friday, August 4.

Named after a defunct Six Flags amusement park in his hometown of Houston, the LP is layered with numerous nods to both his past and future. As an overall product, it’s a brilliant tapestry of subtle elements that position the 26-year-old virtuoso as the closest thing his generation has to Kanye West-level album curation.

From the album’s title, down to its sound and numerous features and brief inclusions, it is very much a tribute to his birthplace. It’s evident on songs like “R.I.P. Screw,” a salute to the slowed down vibes synonymous with the late Houston DJ who defined the sound of the region. It is more regionalized and obscured with inclusions (and interpolations) of names like Big Tuck on the intro of “Carousel” and the infamous Screwed Up Click throughout — such as the late-Big Hawk, whose vocals are sampled in the bridge of the Drake and Swae Lee-assisted “Sicko.”

Then there’s “5% Tint,” a nod to Lil Keke’s “Peepin’ In My Window” — which also is a descendant of Goodie Mob’s fabled “Cell Therapy.”

Aside from repping Texas on a deep level, his new life as a father and dedicated partner is on full display.

On “Stargazing,” for example, he discusses embracing success, allowing him to shed the horrors of his upbringing — and past ways — for a position as a role model, notably leaving lean alone to become a better father, or partner (depending on how you interpret it). “I was always high up on the lean, then this girl came here to save my life … look up to the sky, down on my knees, out of nowhere, you came here to stay the night,” he raps.

The special sauce of Astroworld is the manner Scott has managed to work with the star-studded cast of guests and producers. It could be said that with such a stacked playlist that includes names like The Weeknd, Pharrell, Frank Ocean, Swae Lee, and Drake — among newcomers like Juice WRLD and Sheck Wes — there isn’t a definite standout. This, however, gives the LP a vibe reminiscent of Kids See Ghosts. With it’s least in your face features having immense impact, and the album’s strength being features that accentuate rather than overpower.

An example is “Stop Trying To Be God,” one of the most conceptually powerful moments of the project. Focusing on shaming rapper’s whose egos make them feel — and act — almost god-like, he manages to mesh heavenly hums from James Blake and harmonica from the iconic Stevie Wonder. It’s an epic moment that is humbly downplayed.

Excusing some of the album’s flaws behind the curtain, such as a forgettable 21 Savage verse on “NC-17,” some horrible wordplay from Scott (“fuck with all my chains on, let’s have chain sex”), and even a few songs like “HOUSTONFORNICATION” that get lost in the shuffle, Travis manages to create a substantial body of work that begs to be served as a whole, rather than just bite-sized pieces.