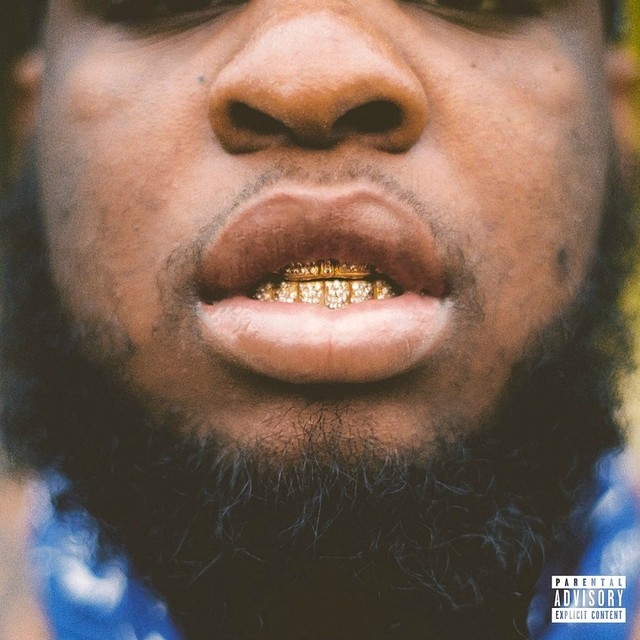 Houston Hip Hop’s self-sustaining existence has been a gift and a curse. While the strong support at home has allowed artists to have careers without ever becoming national (or international) stars, it also homogenized the sound in a way that left outliers fighting an uphill battle. But now that Houston’s influence reaches everyone from Drake to run-of-the-mill SoundCloud rappers, the next generation of H-Town MCs have found that a new style is their key to success.

Maxo Kream is one such artist, bridging out from the traditional candy paint-loving rhymes and DJ Screw idolization to create something different while still being distinctly Houston. He first gained recognition with 2013’s Quiccstrikes and built a following by working with the likes of Joey Bada$$ and Lil Uzi Vert. His latest work, Punken, finally takes him from the periphery of Hip Hop’s zeitgeist and puts him in the spotlight.

Punken is a perfect introduction to Kream because it’s so autobiographical. His open-book attitude should be welcomed by established fans too since they get to learn how he ended up in a life of crime.

Kream takes listeners back to his childhood from the get-go, candidly rapping about his disobedience and regrets on the opener “Work.” His life story continues to unfold on “Grannies,” which vividly describes the havoc he caused and witnessed after moving in with his grandmother at the age of 15. “Two days later HPD pulled up and questioned Auntie Trish/ She knew I took her car and hit a lick, but she ain’t tell ’em shit/ They searched her car and let her go, they almost charged her for a grammy/ Never snitched, betrayed her family, but she always told my granny,” he raps on the second verse.

Kream explores his juvenile delinquency again on “Roaches,” but it’s his recollections of Hurricane Harvey that are more impactful. Although he was in Las Vegas at the time, hearing about the dire circumstances of his family is harrowing. Kream’s helplessness and frustration are apparent as he grapples with his inability to get back home to assist his kin.

The hard times don’t stop there as Kream addresses drug use and his 2016 arrest for organized criminal activity during the latter half of Punken. Kream delves into his addiction over atmospheric beats from Suicide Christ and Teddy Walton, sonically recreating that high. He also manages to transform recollections of disloyalty into uplifting anthems, as heard on “ATW” with its sprawling keys provided by Beatboy and an infectious hook from rising star 03 Greedo.

Kream prevents the album from being too grim by injecting some unabashedly fun records in the mix. “Astrodome Pt. 2,” an Honorable C Note-produced sequel to the standout cut from his 2015 mixtape Maxo 187, is an explicit indulgence in his love of thots and self-proclaimed status as one himself. The Wlderness’ bass-heavy bounce on “Bussdown” allows Kream to spit some humorous bars, kicking lines like “Hurricane chopper, Ay Bay Bay/ Guns got weave like Sheneneh/ Serving them clucks, no rooster/ Throwing them bows like Luda.”

While the LP is Kream’s best work yet, some issues preclude it from reaching magnum opus status. The Sonny Digital-helmed “Beyonce (Interlude)” disappoints with repetitive rhymes and stale production. “Capeesh” underwhelms with Trippie Redd’s superfluous contribution. There are also some baffling moments of hypocrisy, such as chastising junkie mumble rappers for popping Xanax after detailing his own drug habits, but the honesty is refreshing. Punken is a triumph, flaws and all. In a world where people flex for the cameras, Kream embraces his imperfections and boldly shares them with his audience.