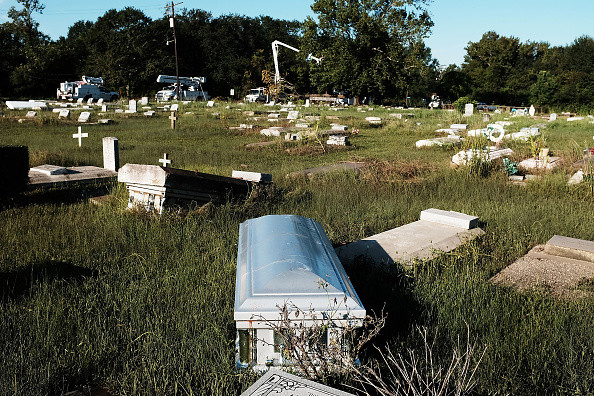 Social Fads Exist But Don't Make Hurricane Harvey One Of Them

There’s a Carole King song I absolutely adore titled “Believe in Humanity” that I still can’t believe hasn’t been sampled within Hip Hop music. The bass drops, horns and even the legendary songwriter’s raw vocals (the unfiltered approached worked wonders for JAY-Z and No I.D.’s 4:44) are ripe for the taking to build upon a new composition. But I do love the record for its content above all. If the title wasn’t self-explanatory enough, the song focuses in on the notion that the good will of man can still shine brightly.

We saw plenty of that with the dreaded events spurred by Hurricane Harvey.

Men and women native and neighboring to the Houston demographic all put their lives, safety and well-being on the line to combat the catastrophic events that put thousands of people out of their homes and as of press time, claimed the lives of at least 70 people.

In today’s social media stratosphere, getting awareness out to the public has been made just as easy as a few taps on the keyboard. There have been plenty of hashtags, retweets and shares on top of tens of millions donated to the relief cause. And while the aforementioned support is nothing to scoff at, the immediate issues are still prevalent on ground zero.

When geologists and historians look back at 2017 in a few years, the timeline may just resemble the lost pages of a Hollywood epic disaster film. Since Harvey ruined lives, this planet has endured California infernos on opposite ends on the state, a deadly Mexican earthquake that nearly broke a century-old record and the bracing of yet another Hurricane in Irma that even has scientists boggled.

It’s inevitable that there will be plenty hashtags, retweets and shares on top of tens of millions donated to the respective relief causes. But even when we’re stretched thin as a humanitarian community, we still have to ensure that we’re casting a wide net of benevolence.

As Hurricane Harvey was taking shape, I reached out to several active figures within the Houston Hip Hop community to gauge their first-hand experiences, how the rebuilding process works and how their fans can help. As the past couple weeks are not only Texas history, but American history.

Stay tuned for Hip Hop from the Harvey Frontlines. And always, put your faith in humanity. You may be surprised with the outcome.