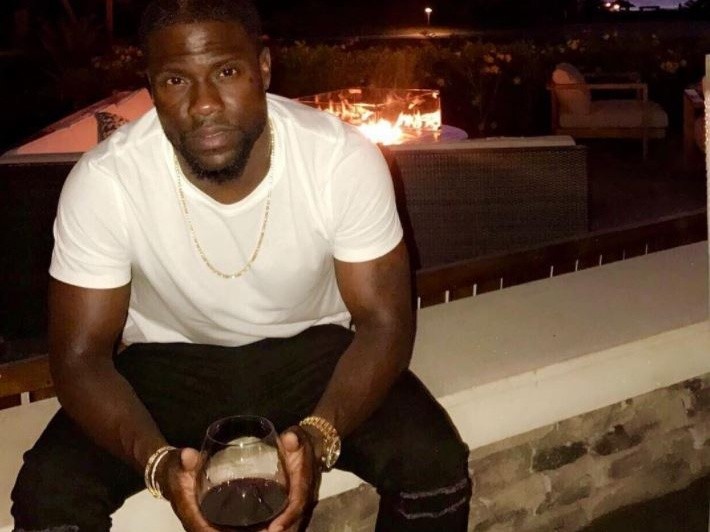 Comedic actor Kevin Hart took to Instagram on Monday (August 28) to implore his celebrity friends to be a part of his Hurricane Harvey Relief Challenge, including JAY-Z, Beyoncé, Chris Rock and Dave Chappelle.

Among those who have answered Hart’s call are T.I., Nicki Minaj, Chris Brown and DJ Khaled.

They say Faith without works is DEAD!!!! We ALL need to WORK on coming together & utilizing our resources collectively to do some meaningful shit to people who need US more than ever!!! @kevinhart4real salute for responding with a challenge that WE ALL NEED TO ANSWER!!!! #Pray4Houston #USorELSE

I'll donate 25K for Houston. Praying for everyone there. Great work @kevinhart4real

Brown expressed his skepticism for The Red Cross, but did reveal his plans to donate $100,000 to “the people.”

❤️ AND IM SKEPTICAL ABOUT RED CROSS SO MY DONATION WILL GO TO THE PEOPLE!

The Rock also informed those on the ‘Gram of his decision to donate $25,000 to The Red Cross.

Stay strong Houston and hold onto faith. Me and my family know what you're going thru. We survived the eye of Andrew and became stronger – so will you. All my love and strength. * Link in my bio in you can donate a buck or two to our Houston families in need.

In a statement released to The Houston Chronicle on Tuesday (August 29), Beyoncé shared her plans to join the cause.

“I am working closely with my team at BeyGOOD as well as my pastor (Rudy Rasmus at St. John’s in downtown Houston) to implement a plan to help as many as we can,” the statement read.

According to TMZ, the Kardashian family has also donated $500,000 to relief efforts, which has been distributed to The Red Cross and The Salvation Army.

Meanwhile, Lil B is donating verses to any artist affected by Hurricane Harvey, but it’s unclear if it was prompted by Hart’s plea.

If you were affected by the flood in Huston and you make music. Lil B is giving free verses to all artist from Huston Texas for sept – Lil B

And although he’s currently overseas, Drake is also working with relief organizations in Houston.

It’s been days since Hurricane Harvey made landfall in Houston and other cities in Texas, but flooding in the area continues as more rain heads to the state.

In addition to The Red Cross, Hurricane Harvey Relief Fund and the Houston Food Bank are among the organizations also accepting donations.