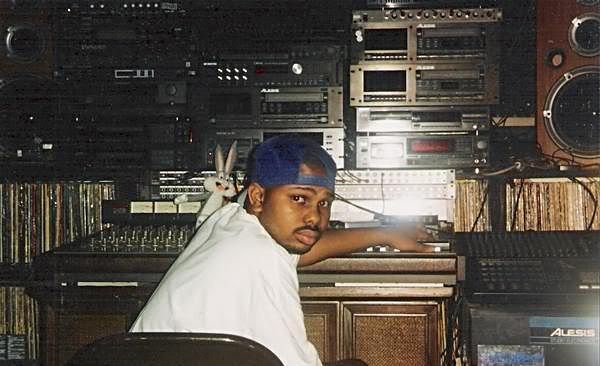 The origin of DJ Screw’s name is rather simple for a man whose slurred sound continues to influence countless DJs and producers all over the world.

The story starts in 1984 with an industrious 13-year-old Robert Earl Davis, Jr. messing around with his mother’s turntable in his first attempt at DJing. If a record didn’t sit well with him during his early years, he would deface it with a screw so nobody else could play it. “Whenever I didn’t like a record, I used to take a screw and scratch up the record to fuck it up so no one could play it,” he told Rap Pages in a 1995 interview. “My friends used to laugh whenever I did that and say, ‘You think you’re DJ Screw or something.’”

Though Screw may have spent his early years rendering certain records unplayable, his love of music was evident to all who knew him. According to a 2011 Houston Press feature by Shea Serrano, Screw spent every penny he had on vinyl–to the point that he went without a bed for an extended time because his room was overflowing with records. “Sometimes he’d lie on the floor and sleep right between those crates,” Screw’s father Robert Earl Davis Sr. told Serrano.

More than just an avid record collector, Screw started taking his early passion for DJing to the next level after he first heard Houston DJ and record store owner Daryl Scott mix dance records at noticeably reduced speeds – a technique that let him sneak in dance songs alongside genres with much different tempos. Eager to further expand on Scott’s sound, Screw started experimenting with his own slowed down technique in 1990.

Because of Screw music’s association with drank, many assume it was invented while the young DJ with sipping codeine, but Screw actually developed the sound while smoking weed. After multiple sessions of stoned experimentation, he found that he liked the way records sounded more when he slowed them all the way down with the turntable pitch adjuster. Scott may have pitched records down, but Screw slowed them to a glacial pace. “I thought the music sounded better like that,” he said in the same aforementioned Rap Pages interview. “It stuck with me, because when you smoking weed and listening to music, you can’t bob your head to nothing fast.”

Not content to play slow music for a portion of his DJ sets or recordings, Screw would make entire mixtapes of slowed down music cut up and blended together — with adequate use of trippy effects, filters, and Screw shouting out various people and places throughout. The experience was so intense that even Daryl Scott himself couldn’t fully grasp it at first. “The first time I popped a tape of his in the deck, I tried to push stop because I thought it was being chewed up,” Scott told The Guardian in 2010.

Whether the world was ready for his sound or not, Screw started churning out tapes at breakneck speed. Working out of his modest home studio from the early 90s until 2000, the late Houston legend recorded and released over 300 mixtapes during his far-too-brief career. By giving every song he touched a mesmerizing, surreal sound and featuring exclusive freestyles from local legends Al-D (Screw’s brother), Big Moe, Fat Pat, Lil Keke, Z-Ro, and countless other Houston artists, Screw created his own transcendent style and built a musical empire.

While Chapter 012: June 27th remains the best-selling Screw tape of all thanks to this epic musical moment, Screw had no problem selling his other mixes. Part of his empire involved selling more units than many major label artists, with Screw often bringing his tapes to events around the city and unloading them in amounts that defy comprehension. “I would watch this man go to car shows and press up literally 10,000 to 15,000 tapes and he would sell out,” Screwed Up Click rapper Lil Flip told DJ Vlad in a 2015 interview. “He used to have so much money we used to have to count it four and five times.”

Fellow S.U.C. rapper and one of Screw’s closest friends/collaborators Z-Ro echoed similar statistics in an interview with Noisey. “He’d be making like $15,000 a day off his whole catalog,” he said. If those numbers are accurate and consistent, that would add up to about $5.5 million in annual sales.

In addition to car shows, Screw often sold his tapes right out of his house. “The line was probably as long as two New York blocks,” Z-Ro relayed to Noisey. “At 9:20 this line was already — it’s like the Jordan’s are going to come out at Foot Locker or some shit. Motherfuckers is all the way down the street waiting.”

Artists today might envy Screw’s local celebrity status and ridiculous sales figures, but it all came with a price. Screw was under constant pressure to evolve and modernize his business practices and distribution due to frequent bootlegging and the advent of file sharing towards the end of his life — something he was often resistant to. To add further strain on his thriving business, the long lines and constant flow of people also lead to some unwanted attention from cops and landlords who thought Screw was selling drugs out of his home.

Beyond the aforementioned headaches, the unending stream of revenue also led to growing unease within Screw’s inner circle. Houston rapper and Screw collaborator Bird witnessed the peak in sales and admitted that he started to feel nervous about the ever-growing crowds and cash piles. As a result, he started carrying an AK-47 with him when tapes went on sale in case someone tried to rob Screw. “That shit got scary,” he admitted to Houston Press.

Fortunately, such an event never took place. And despite the incredible levels of success Screw experienced as an independent artist, he never wanted to sign with a major. When Strange Music vice president David Weiner worked at Priority Records in the mid-90s, he offered Screw a major label deal only to have it turned it down. “It wasn’t about the money for him,” Weiner revealed to MTV News in a 2001 interview. “It was about doing what he wanted to do with his homeboys.”

Despite never inking an official major deal, Screw’s legacy shows no sign of slowing down 17 years after his untimely passing. As of July 20th, 2017 marks what would have been Screw’s 46th birthday, Screwed Up Records and Tapes on 3538 W Fuqua St in Houston helps ensure his name and music stay alive and well while keeping their roots close to home. With Screw no longer around to sell his tapes from car shows, his house, and other Houston hot spots, the store stays open 12–9, seven days a week.

Opened by Screw himself in early 1998, people still come from all over the world in search of original Screw CDs and tapes 19 years later, something Screw himself prophesied in a 1999 interview with Daika Bray. “Like I said in 1990, I’m gonna screw the world up. It’s screwed up, but it ain’t finished,” he said. “I have people from all over the world comin, getting these tapes.” Defying the odds in an era where physical albums are often considered a dying medium, the store is now considered a cultural landmark.

Based on the few existing interviews with Screw, it seems like he envisioned a world where everyone could enjoy his work — from the most dedicated Screw heads to casual appreciators. “Some people think I make my tapes for fryheads or something,” he told Rap Pages. “My tapes are for everybody.”

Whether you’re a longtime fan of the chopped and screwed style or you’re just discovering it now, Screw’s birthday is a perfect opportunity to revisit his sound.

Head on over to the Screwed Up Records and Tapes website and pick up a Screw tape today to get the full experience.