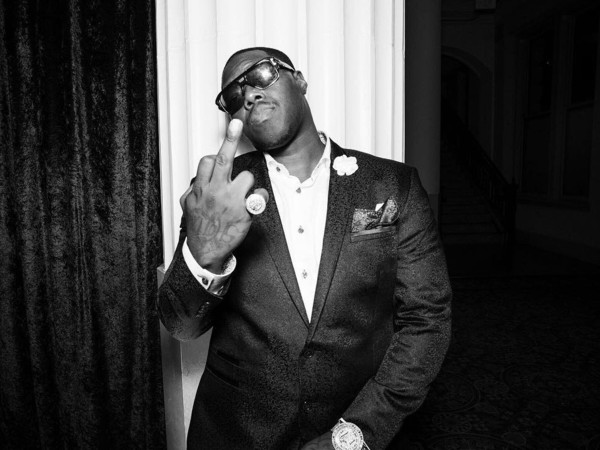 Z-Ro stunned fans in May by announcing his No Love Boulevard album, which drops Friday (June 30), will be his last. The LP’s release marks the end of a run that saw The Mo City Don transform from a local stalwart in Houston to a legendary MC in the annals of southern Hip Hop.

Devoted listeners of Z-Ro are obviously saddened by his decision, but no one can complain about a lack of material from the Screwed Up Click member. No Love Boulevard is going to be his 21st solo album, which is even more impressive when including all of the collaborative projects and countless mixtapes he’s put out over the years. Most importantly, Z-Ro did it all without compromising.

“I’m somebody who preserved, somebody who stayed true to how he does and didn’t change up shit,” he told HipHopDX. “I kept my back straight the whole way. I didn’t bend over for shit.”

With this chapter of Z-Ro’s journey coming to close, DX linked up with Rother Vandross to look back at his remarkable career. The influential MC narrowed down his catalog to his five favorite albums and provided insight on why each LP means so much to him.

Check out Z-Ro’s selections below and learn about their importance from the man himself. As a bonus, we also got Z-Ro’s recollections about the making of his “Mo City Don Freestyle,” a seminal track in the history of Houston Hip Hop.

“It was during [my days at] Straight Profit, but there was a lawsuit going on at the time. Being back on the streets for a little while, being back on my ass while my career is going on … when you hear King Of Da Ghetto and the songs that were on it, it was really describing how I’m the king of the ghetto. And I’m telling you why because I’m still in these mothafuckin’ ruins while I’m supposed to be out. I got a career going on. [DJ] Screw had just died at the time. King Of Da Ghetto was kind of summing up what my mental was like back then.”

“This symbolizes, to me, my career going … I won’t say global but I’ma say extra, extra, extra regional. In whole different regions, this is where people really got their chance to experience Z-Ro for the first time. In fact, a lot of people might’ve thought that was my first body of work. The previous bodies of work weren’t promoted at all. This one coming off of jail and having ‘I Hate U [Bitch]’ and all that shit on it, it supplied a turning point of money [and] a turning point of being promoted and being seen. I’m rubbing shoulders with the people who I listened to like Scarface, 8Ball & MJG and all that type of shit. So, that one for sure.”

“Crack was one of those albums where I started to do a lot of the production. I worked with [producers] Beanz N Kornbread, started fucking with them on Crack. Crack was the beginning of my drug albums. You know, I got a lot of albums named after drugs. And crack, like Rick James said about cocaine, I’m saying crack was a helluva drug for whoever was on that. That’s why I named it Crack. To this day, that [album] was the one with most legal sales. You know, there’s a whole lot of good music in that drug series. I think some of the others are people’s favorites.”

“This was the first time I could say in my career that my sound, the way the album was mixed and mastered, was like … I was in love with that shit. It’s the first time I actually heard my music and a muthafucka could hear it and be like, ‘Damn, he got this shit mixed in one of the major studios around the world. This was the first album in a long time that didn’t have shit to do with Rap-A-Lot or any other [label]. This was me controlling everything. It was the beginning of my total creative control. I’ve always had my creative control, but this one, I ain’t have to turn it into nobody. I turned it into me. And it was the first time professionally sitting up on the CEO board getting a control check and an artist check. And then the music was sounding great, in my opinion. It was missed by a lot of people, but for the people who got it, they were in love with the sound and subject matter. It was just Z-Ro. On a growing level, [there were] more harmonies and shit. I had a vocal coach who would make suggestions. It was my first ‘sound good’ album.”

“I flexed again on this one. This was the beginning of the relationship with EMPIRE. And that’s when I really started getting, for the first time in my life, the checks. It wasn’t even so much musical, but it is ‘cause I’m doing a whole lot of different shit on Drankin’ & Drivin’ – telling it like it is on ‘Baby Momma Blues’ [and] ‘Women Men.’ I had a lot of fun on Drankin’ & Drivin’ and got a couple good reviews on it as well. But for me, it represents the first time after Melting The Crown where I’ve gotten more than five checks. Coming from where I’m coming from, I’m used to getting one check a year and then I don’t see another check again until the next year when I’m turning in another album. So, this really represented entrepreneurial shit to me.”

“I’m from the Screwed Up Click and if you know anything about that, you wasn’t writing that – you were freestyling. That’s what I was doing. I just went in. There ain’t no mystical explanation. It was just a muthafucka played the beat, the muthafucka rapped over the beat for however many minutes it was. We put that shit on a mixtape, went to jail, came home and put that shit on an album in ’05 on Let The Truth Be Told. And then in ’05, for some reason ‘cause I never liked the song that much, it took off. I’m really more into structure and talking about shit. I was just smoking and dranking and rapping on the beat knowing I’m on my way to jail. It was one of them, ‘Let me do something ‘cause I know I’m gonna be out for a while.’ And then when I come home, the shit is a staple here. There’s a whole lot of places I go and they’re full of people just listening to it. It’s nothing more than a freestyle.”