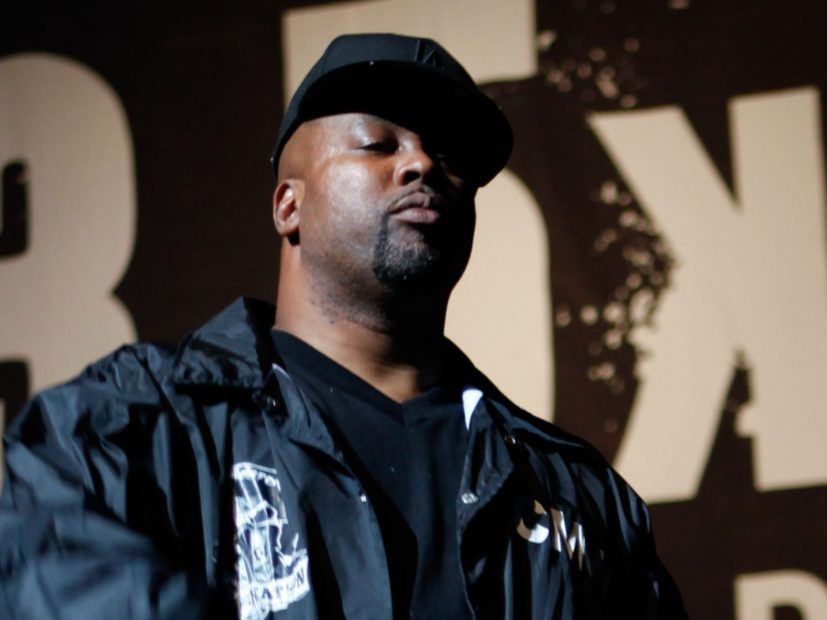 Tha Chill has endured plenty of trials and tribulations throughout his 48 years. Growing up in Compton, he was subjected to the violence of every day street life and spent an ample amount of time behind bars.

As a member of Compton’s Most Wanted, Tha Chill crafted stories about what he witnessed on the daily alongside fellow core member MC Eiht. His salvation has always been music. It helped him realize there were other paths he could take in life that didn’t involve gang banging.

“But through music, I was able to visit Boise or Nebraska or different places, and I’m like, ‘Oh okay. People are living different.’ Music saved my life. If it wasn’t for music, I wouldn’t know how people were living in these different places and know there were other options.”

Back in June, Eiht revealed a new CMW album was imminent. Now, Tha Chill has announced its title — Gangsta Business.

“Me and Eiht was just talking ’bout that, like, ‘When we gonna start giving it to them?'” he explains. “I’m like, ‘Man, let’s start hitting them with the videos and getting the word out for the inquirers.’ So, it’s lookin’ like March [2019].”

The project follows Eiht’s critically acclaimed solo album, Which Way Iz West, which was executive produced by DJ Premier and featured a laundry list of notable MCs, including Kurupt, Bumpy Knuckles, The Outlawz and The Lady Of Rage.

“It’s the wow factor,” he says. “You wouldn’t expect Eiht to get it in like that. These days, it has to be something special about us. We older cats. For the new cats, they gotta be like, ‘What’s so dope about these old dudes?’ It’s dope that Lady of Rage and Bumpy Knuckles straight coming from Compton, you wouldn’t even imagine that.

“That’s what we up into. That’s why I think this new Gangsta Business from CMW gonna have a lot to offer as well.”

As for the sound, Tha Chill says, “We still keeping it gangsta.”