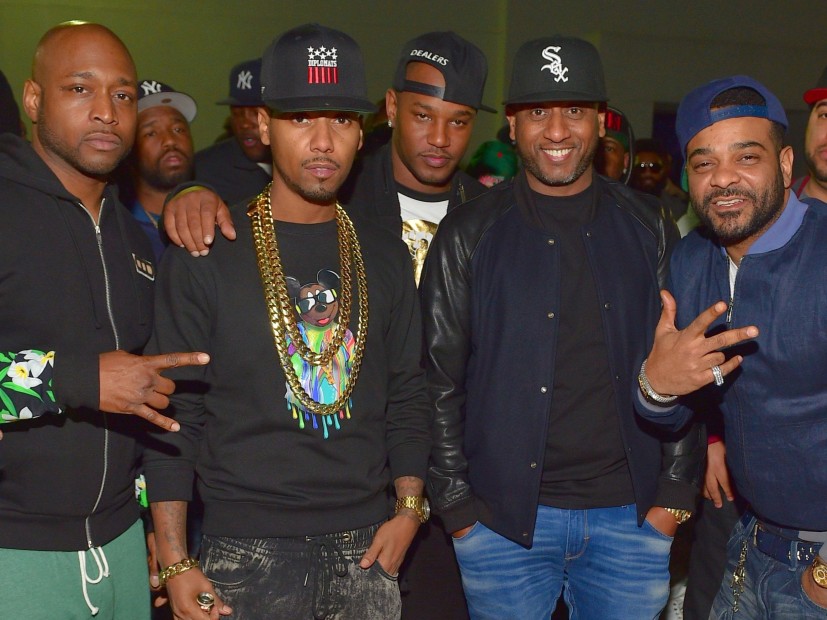 Atlanta, GA – As The Diplomats prepare to release their first album in 14 years, Diplomatic Ties, Jim Jones has shared a slice of what to expect from the project.

On Monday (October 29), the veteran spitter hit Instagram with a video clip of “Sauce Boyz,” the inaugural single and visual from their upcoming reunion album. He also announced a concert at the Apollo Theater in New York City on November 23, the day after the album’s release.

Peep the clip below.

[This article has been updated. The last version was published on October 8, 2018 and can be found below.]

The Diplomats shared the title for their upcoming reunion album during the A3C Festival in Atlanta over the weekend. In an Instagram clip, Jim Jones revealed the title of the project is Diplomatic Ties and announced a release date of November 22.

“Before we go, we wanna say something,” Jones said to the crowd. “On Thanksgiving, there will be a Diplomats album dropping. It’s called Diplomatic Ties.”

Last month, Jones posted a partial, handwritten tracklist for the album to his Instagram account, which boasted Belly as its only guest feature.

Diplomatic Ties is a long time coming for Dipset fans.  Cam’ron, Jones, Juelz Santana and Freekey Zekey have been teasing a reunion album for years but it never came to fruition. Evidently, that’s about to change.

[This article has been updated. The original version was published on September 11, 2018 and can be found below.]

The Diplomats haven’t put out an official album since 2004’s Diplomatic Immunity 2. The individual members of the NYC Hip Hop collective — Cam’ron, Jim Jones, Juelz Santana and Freekey Zekey — have attempted to reunite over the years for an album but it never quite came to fruition.

Now, Jones has teased a tracklist to what appears to be a new Diplomats project. On Monday (September 10), he posted a photo of the handwritten tracklist to his Instagram account.

In the cut-off list, there are nine song titles and a partial view of who’s performing on each track. Belly is the only visible guest feature on the project.

The Diplomats signed a deal with Interscope in 2011 and promised a reunion album was on the way, but it never materialized. Two years later, Santana said it was finally coming, but again, nothing happened.

In 2013, the group reunited for a 10-year celebration of The Diplomats’ debut album, Diplomatic Immunity, and two years later, they debuted the “Have My Money” single on Funkmaster Flex’s Hot 97 show.

Last year, The Diplomats stopped by MTV’s TRL to promote a Dipset reunion concert. During the interview, Jones unveiled news of their next project.

“We working on a Dipset docu-EP right now,” he said. “So, it will be very dope — slash movie, slash seven songs.”

Perhaps this is what Dipset fans have been waiting for. Time will tell.