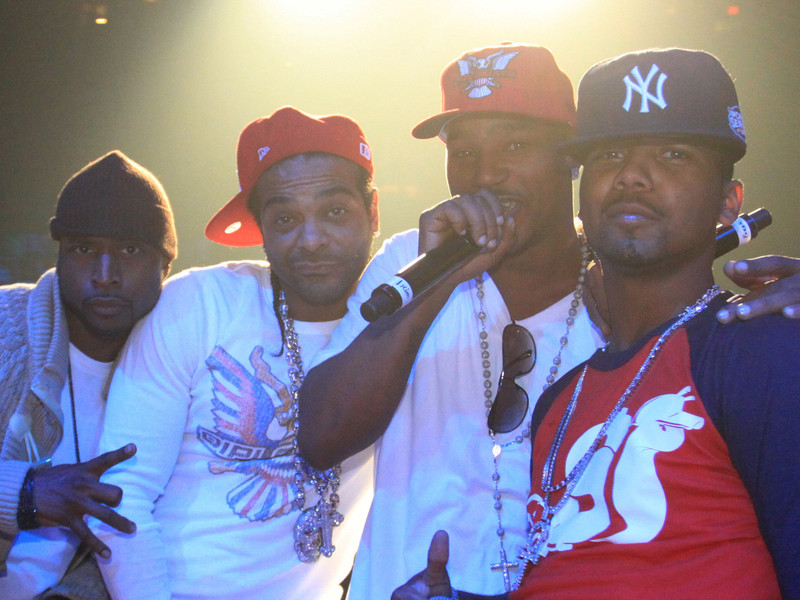 Dipset’s back again. No, for real this time.

Despite some well-publicized tension between Cam’ron and Jim Jones, The Diplomats recently reconnected for a new song titled “Once Upon A Time.” Fans will be glad to know the group’s not stopping there because the Harlem collective has plans for an EP and documentary.

Jones, Juelz Santana and Freekey Zekey — Cam was under the weather — stopped by MTV’s TRL on Tuesday (November 21) to promote Dipset’s reunion concert. During the interview, Jones unveiled news of their next project.

“We working on a Dipset docu-EP right now,” he said. “So, it will be very dope — slash movie, slash seven songs.”

Santana said listeners will be most excited to hear Dipset together again, but he also mentioned the possibility of some exciting collaborations.

Earlier in the interview, Jones spoke about why Dipset’s return is so important. While the veteran MC showed love to the current hitmakers, he claimed his crew would offer a type of content that’s not available in music right now.

“It’s been a void in the music industry that hasn’t been, know what I mean, captured in a long time,” he said. “And we represent a lot of things, from politics to hood savvy to dope boy fly to staying fresh every day. The climate of the music and things like that, I love it. I love going to clubs and getting lit and everything, but it’s a different type of music that you need when you hustling and that’s what we always represented.”

DipSet Back In Full Effect… Told Y'all I Was Workin On SomeThings… Wait Till Y'all Hear What's Next…. #DatWORK #StillDipSet #MoreDiplomatic #Built2Win ???✔️