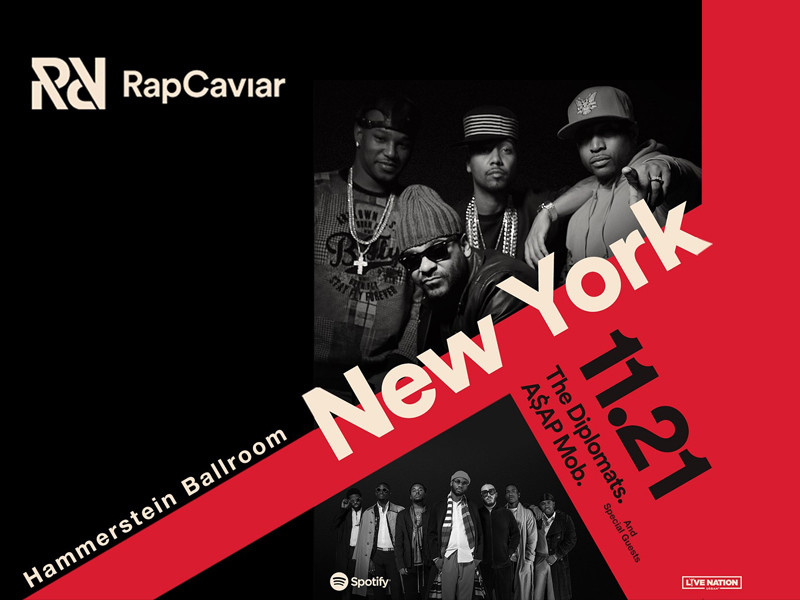 Cam’ron’s epic response to Jim Jones’ comments on Funkmaster Flex seemed like — for all intents and purposes — the nail in the Dipset reunion coffin. It appears the group’s demise was overstated though.

Spotify has confirmed the iconic Harlem quartet of Cam’Ron, Juelz Santana, Jim Jones and Freekey Zekey will reunite at the fourth show of the six-city RapCaviar Live tour. The concert goes down at the Hammerstein Ballroom in New York City on Tuesday, November 21.

Doing it big for Harlem ?#RapCaviarLive NYC is going to be legendary. ?Presale tickets go on sale today at 11am ET. General sale on Friday, 10/20 @ 11am. *Link in bio*

There have been many false starts and promises of a Dipset reunion since Cam and Jones’ relationship began to degrade (at least publicly) over a decade ago. The first plausible sign of a reunion happened back in 2010 when the two squashed the original iteration of their beef. The resulting song, “Salute,” had fans fiending for an inevitable reunion that failed to materialize fully.

The foursome joined Funkmaster Flex in 2015 — again with reunion talks. But, by early 2016, Cam and Jones were back at it and haven’t been in positive place since.

Despite what has appeared to be a bitter back and forth, Cam and Jones have often maintained that they’re brothers and wish each other the best. They’re also both clearly about their business. Whether this reunion is a sign that the water is truly under the bridge or simply a sign that Spotify made them a deal they couldn’t refuse, fans will have the opportunity to relive Dipset mania — if only for one night.

The show will also feature A$AP Mob and a host of special guests. Tickets go on sale this Friday (October 20) at 10 a.m. EST. Grab them here.