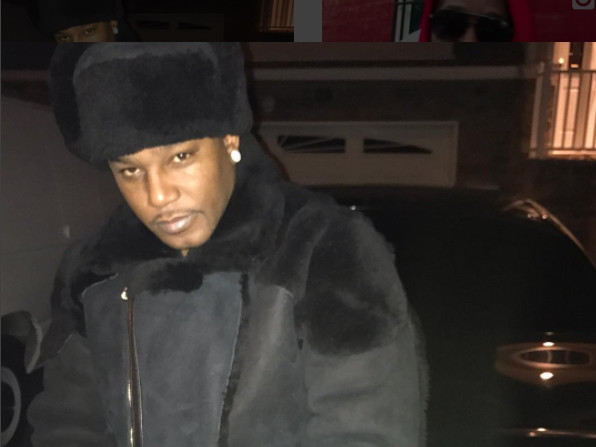 The Dipset camp is out of balance once again. Only this time, the drama popped off on Dave East‘s Instagram page after East made a post about Cam’ron passing him the torch for Harlem. Fellow Diplomats member Jim Jones was clearly not feeling it and soon chimed in, writing, “Lol th torch lol tell him make u dip set lol.”

Cam’ron, of course, rose to the occasion and quickly set his sights on Jones while referencing Max B’s inevitable return and telling East that Jones had been talking behind East’s back.

Jones and Cam’ron’s relationship has been strained at least as far back as 2007. Back then, Jones reached out to Hot 97 to address the matter as rumors were circulating that their issues were exacerbated either over money or Jones’ growing stardom, however, Jones did add that they had been through too much together to completely write one another off.

“We going through our little differences and things like that,” Jones explained to MTV in 2007. “When you come up in this game, loyal to a [fault], you look to certain people to always take care of you above and beyond, because you’d do the same thing for them. And, of course, there’s a lot of money at stake here. And no matter what anyone tells you, when money comes into play, people do change in certain ways and things like that. Because we didn’t grow up with this type of money we playing with now, so it’s only [normal] that you’re gonna change in some aspect. But for us, loyalty is everything, and when you break that code of honor a little bit, it tends to make the water rough.”

The duo went their separate ways, and Jones spoke on their tumultuous relationship in a 2014 interview, saying, “I don’t know. Me and Cam always been weird with each other, even at our closest moments. I couldn’t call him a weirdo without calling myself a weirdo. The love we have for each other I know is unconditional, regardless of what goes on. It’s funny like that. So I just take it for what it is. I love that nigga to death. We moved in a little bit of different directions, but we got something in life that will always be a bond that we can’t take away, and that’s the Diplomats, what we started.”

In April of this year, the two exchanged blows on Instagram in another round of spiteful back-and-forth commentary, which only seemed to further deepen their rift.

Earlier this summer, Cam minimized the issue in an interview with This Is 50.

“As hard as I would go against somebody else, I wouldn’t go hard on Jim like that,” he explained. “That’s still my man regardless of what people see in the public or media or whatever.”

It remains to be seen if these two will ever make peace, but for now, it’s safe to say they likely won’t be kicking it anytime soon.