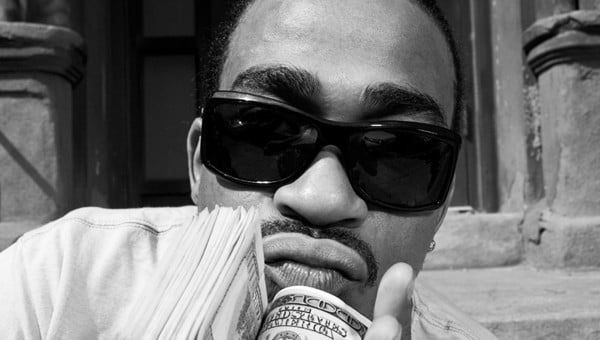 Who Is Max B And Why Is He Important To Hip Hop?

A large strip of upper Manhattan, Harlem alone garners the respect of New York’s other boroughs for how its natives are bred. If one were to make up a pie chart of a prototypical dweller’s mentality (prior to the vulturous swarm of gentrification), you’d find slices devoted to hustle, fashion, arrogance bordering on obnoxiousness, and the class clown syndrome.* Fulfilling all of these stereotypes on top of being one hell of an entertainer, Max B used his personality to display extremely intriguing levels of confidence as he was drenched in a self-ascribed aura his devoted following came to know as “wavy”.

Like most MCs this side of 1997’s commercial rap explosion, Charly Wingate chose music as his means of changing his life around from odds stacked against him as a byproduct of his toxic environment. Sporadically setting his flashy facade aside to let noteworthy concepts of introspection and remorse seep through his songs, he ultimately made criminal decisions that landed him back behind bars in 2009, not long removed from a prior stint in the bing. Simply stating these facts, I won’t rationalize his behavior and hope to not risk being an enabler, but what I’ll say is after taking on the stage name Max B he worked tirelessly to make a mark that meant something greater than his criminal proclivities.

Ballinnnn!!!: What started out as an unassuming rap single for Jim Jones and Max B in 2006, resulted in a Billboard Top 10 hit for “We Fly High.” It remains both artists most recognized song to date.

A common Hip Hop rule of thumb is rapping underlings aren’t revered in the same regard as their big homies, thus Max B was initially overlooked as just another second rate character amongst Dipset’s legion of buffoonish offshoots. Routinely in and out of prison, his friendly association with Jim Jones didn’t last long after selling his boss publishing rights to raise $2 million bail, not to mention an overall resentment stemming from a lack of compensation for his services (including writing on Jones’ biggest hit “We Fly High”**.) The rift was only magnified as Max subsequently broke the 1st Law Of Power (“never outshine the master”) after publicly declaring beef, in essence ending his chances of ever riding Jim’s coattails to become a breakout success.

Equal parts Weird Al Yankovic and Nate Dogg***, by 2008 the newly branded Biggaveli (a meshing of rap icons Biggie, Jigga and Makaveli) departed the Byrd Gang crew and begun flooding the streets with original content and remixes of popular songs. Pioneering a sound unlike anything Hip Hop had heard before, his completely unorthodox multi-layered vocal harmonies weren’t readily accepted by the masses, making him more of a word of mouth sensation.

Though he never released a major label retail project, Max B made the most of his era’s innovative mixtape culture, adding new energy and catchphrases to our lexicon that ran concurrently with a genuine love for creating music that shined through his countless performances. No one else before or since could pay vulgar homage to Alexander O’Neal’s “Saturday Love,” Britney Spears, Estelle, and turn Blondie’s new wave classic “Heart of Glass” into timeless Jim Jones slander. Perhaps most notably, with his back against the wall as a solo act he matched his trash talk with a musical talent that never relied on autotune to support his singing.

New York Giants:Before he became an upstanding citizen of Hollywood, French Montana got his start with Dame Grease on the boards and Max B in the paint.

For anyone doubting Wingate’s ongoing significance or whether the love for his art could be ironic, look no further than numerous shout outs from Wiz Khalifa, Roc Marciano’s co-sign on the complete opposite end of the spectrum, the fact that French Montana may not have had a career without riding the wave, and Kanye West feeling it was mandatory to include a voicemail from Max on The Life of Pablo. As if those stamps of validation aren’t enough, Jay Z himself saluted Biggaveli on Rick Ross’ “3 Kings,” leaving no question of Max B’s relevance.

Big name co-signs aside, his most ardent support continues to come from diehards (recreational substance users and the sober alike) who’ve used his universal appeal and internet based catalog as drugs to elevate their spirits and relieve them of life’s worries. Ironically, it can be argued that Max created his most enjoyable compositions to escape the demons that displaced him from doing what he loves for another two to six years as he awaits a return to freedom.

*Dame Dash, Cam’ron and the rest of Dipset were full embodiments of these four ideas.

**While Max B was hardly a household name, serious Hip Hop subscribers also know him from Pete Rock’s “We Roll.”

***One could argue while Nate Dogg had the bigger more seminal commercial songs, Max B was just as crucial to those in the know.