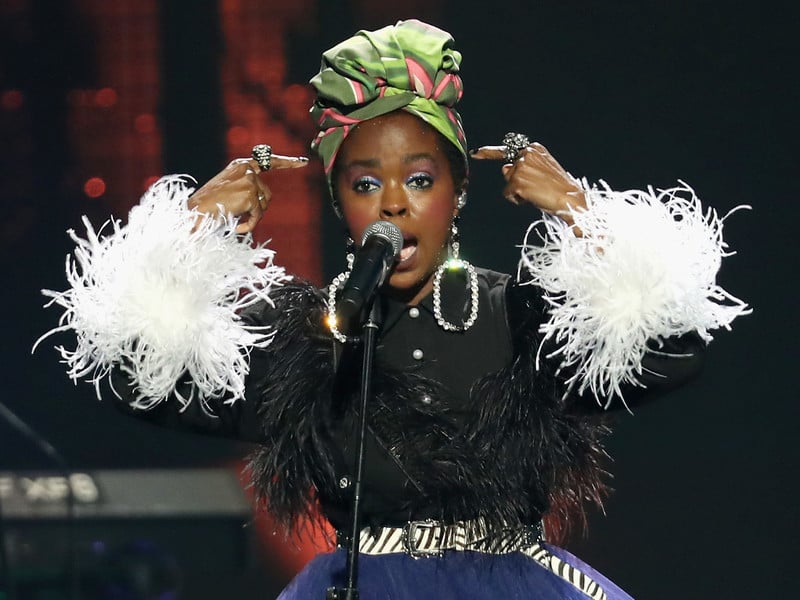 Lauryn Hill evidently had a lot to get off her chest. On Monday (August 27), the former Fugee published a lengthy op-ed on Medium, essentially dispelling any rumor every told about her.

From the myth she “hates” white people and her tendencies to run late for her performances to Robert Glasper’s recent criticisms of her and plagiarism allegations, Ms. Hill goes into meticulous detail about it all.

“I’ve remained patient and quiet for a very long time, allowing people to talk, speculate, and project, while keeping my nose to the grindstone fighting for freedoms many folks aren’t even aware matter,” Hill begins. “The arrogance of presumption that allows someone to think that they could have all the facts about another person’s life and experience, is truly and remarkably… presumptuous.”

As she continues, Hill rebukes the notion she ever claimed to hate white people. The origin of the rumor came from a 1997 interview with MTV when Hill supposedly said, “I’d rather die than have a white person buy one of my albums.”

“Just to clear up an old urban legend that somehow people still believe, I do not hate white people,” she writes. “I do, however, despise a system of entitlement and oppression set up to exploit people who are different.

“I do loathe the promotion and preservation of said system at the expense of other people, and the racist and entitled attitudes it gives rise to.”

Regarding her solo performances, it’s well documented that she often doesn’t show up on time and routinely leaves her audience disappointed. But, she insists it has nothing to do with not having respect for her fans. It’s more about being a perfectionist.

“Me being late to shows isn’t because I don’t respect my fans or their time, but the contrary, It can be argued that I care too much, and insist on things being right,” she explains. “I like to switch my show up regularly, change arrangements, add new songs, etc.

And as far as Glasper’s allegations that The Miseducation of Lauryn Hill consists of stolen music? She says he entitled to his own “perception.”

“I’m confused as to why such a principled musician, who thought I ‘stole’ from his friends, would show up to work for me anyway,” she writes. “If that was hypocrisy or opportunism instead of genuine interest, it would further explain why an artist would feel the need to put his or her guard up.”

She continues, “No matter how incredible the musicians who play with me are, MY name is on the marquee. The expectation to make it all come together is on me. The risk and the financial losses are on me. Hence, MY VIBE, though not the only consideration, is the priority.

“Few people actually know what this road is like, but many want to judge and comment, having never done it. Try doing what I’ve done yourself. If nothing else, you will gain some insight into and respect for my process.”

Elsewhere in the essay, Hill debunks the rumor that she can’t play original versions of her songs, details why she lives remixes her music, explains why she demanded to be called Ms. Hill, opens up about writing “To Zion” and speaks on black women in Hip Hop.