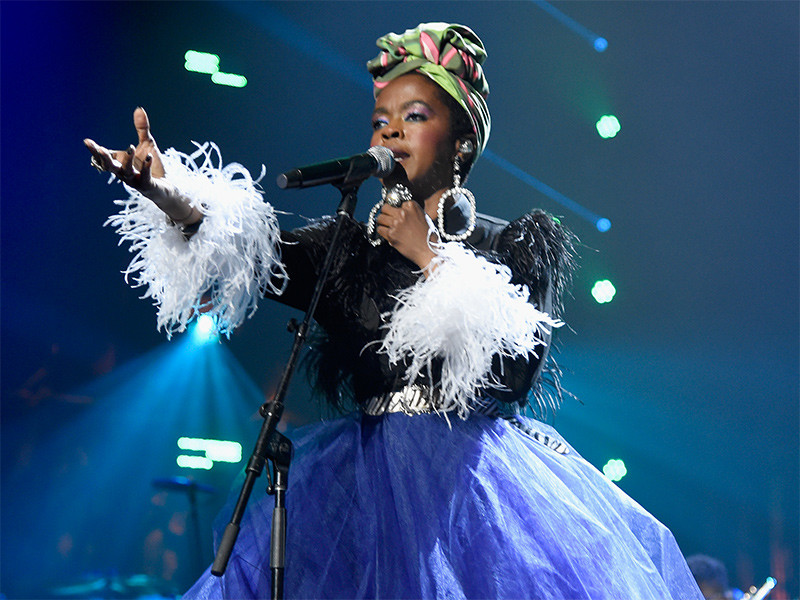 Harlem, New York – While performing at Harlem’s famed Apollo Theater on Tuesday (May 1), Lauryn Hill added her own touch to Drake’s “Nice For What.”

On Hill’s twist to the Hot-100 topping hit, which itself samples “Ex-Factor” off her 1998 classic The Miseducation of Lauryn Hill, she dropped a few braggadocious bars.

“He took the sample. My shit a classic. Here’s an example,” she rapped at the show.

Producer Swizz Beatz also shared a clip on Instagram, writing that “Miss Hill had the Apollo on fire last night” and urging Drake to team up with her for an official remix.

Happy Weds Miss Hill had the Apollo on fire last night ⚡️⚡️⚡️⚡️⚡️⚡️ ICON!!!!! Tell @champagnepapi he need her on the RMX ASAP!!!

This week’s performance comes shortly after Hill announced her Miseducation 20th Anniversary Tour, which is scheduled to kick off July 8 in Bristow, Virginia.

A recent episode from the Nerdwriter YouTube channel also broke down the evolution of “Ex-Factor” and other classics from Hill.