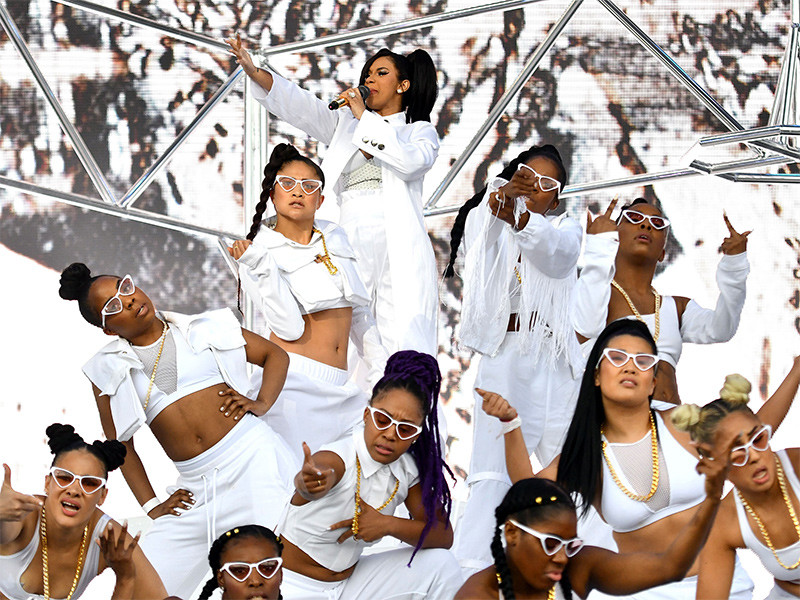 Cardi B twerked her way through her Sunday (April 15) set at Coachella 2018, performing songs from her newly released debut album, Invasion Of Privacy.

Clad in an all-white outfit, Cardi was backed by a group of dancers who performed on a jungle gym/stripper pole hybrid.

Making her debut at the annual music/arts festival, Cardi brought out a bunch of guest artists. Among the musicians to grace the stage during the rapper’s set were Chance The Rapper, 21 Savage, YG, Kehlani, and G-Eazy.

With the exception of G-Eazy, who took to the stage to perform “No Limit,” Cardi B’s special guests helped perform their own additions to Cardi’s #1 album.

Kehlani crooned her way through “Ring” while Chance The Rapper energized the audience with “Best Life.”

The love of my life, lil Chano from 79th. #CardiB #Coachella pic.twitter.com/fci1QSOWvU

Cardi performing at Coachella and brought out 21savage, GEazy, YG and Chance the Rapper?

Check out more photos of Cardi’s performance below.