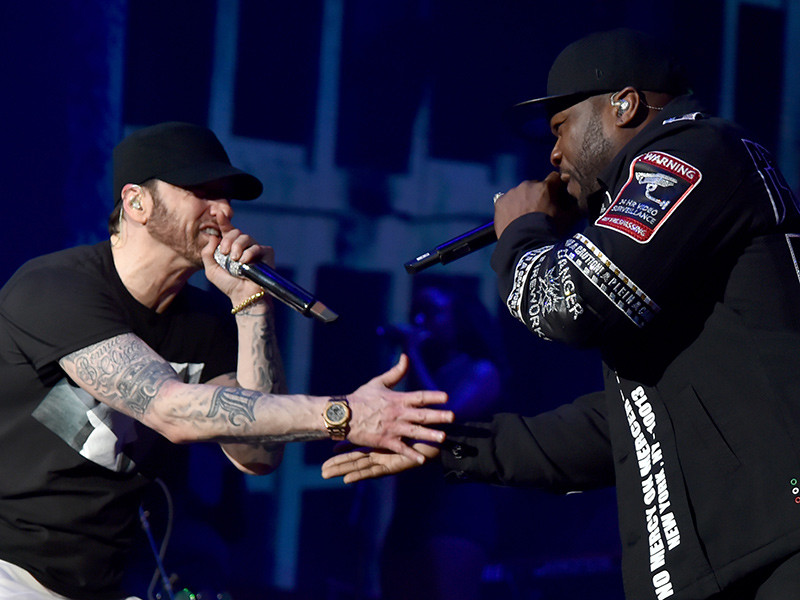 Coachella headliner Eminem closed out the festival’s first weekend on a high note, performing a medley of hits and recruiting some Hip Hop heavies for his set.

In addition to performing “Still D.R.E.” and “Forgot About Dre,” Dr. Dre treated the Indio, California audience to a few West Coast classics, including “Nuthin’ but a G Thang” and Tupac’s “California Love.”

50 Cent also popped up during the performance, rapping along to his breakout record “In Da Club” and “My Life.”

With Rihanna opting to sit out this year’s Coachella as a performer, Skylar Grey and Bebe Rexha took over for the Bajan songstress on “Love The Way You Lie” and “Monster.”

Grey also took stood in for Dido on Eminem’s “Stan.”

Check out some more photos from the concert below.