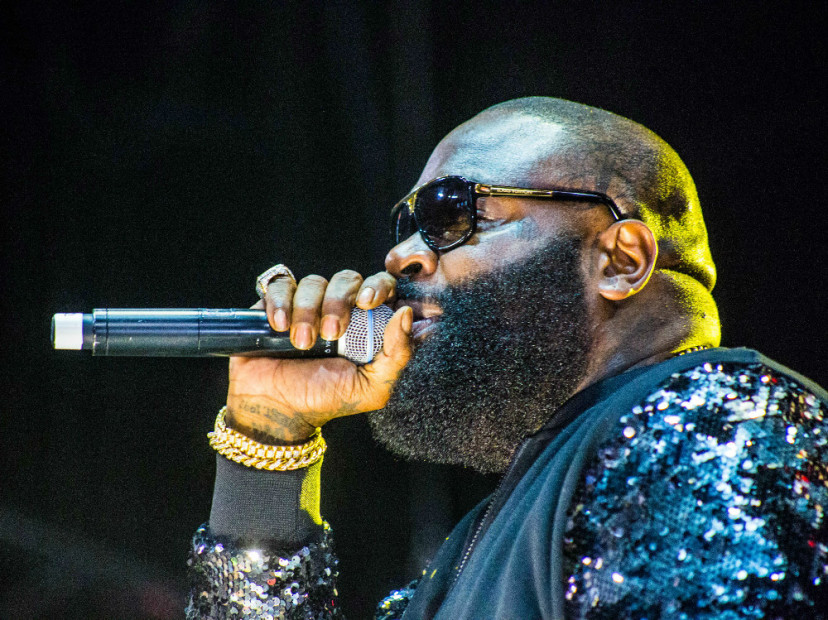 Mayback Music Group artist Fat Trel has provided an update on label boss Rick Ross, who was reportedly admitted to a Miami-area hospital on Thursday (March 2).

“JUS TALKED 2 MY BIG HOMIE… HE GOOD… HE IN DA HOSPITAL BUT HE IS NOT ON “LIFE SUPPORT” … HE GOOD,” Trel posted on Instagram, tagging Ross and hashtagging #MMG.

This is the first official word on Ross since reports emerged that he’d been rushed to the hospital after a possible heart attack and unnamed sources told TMZ he’d been put on “a form of life support.”

JUS TALKED 2 MY BIG HOMIE… HE GOOD… HE IN DA HOSPITAL BUT HE IS NOT ON “LIFE SUPPORT” … HE GOOD??? #MMG @richforever

Many members of the Hip Hop community had sent prayers out for Ross after the news broke.

Let’s all pray for Rick Ross.

prayers up for my guy Rick Ross ?? hope you pull thru my brotha

LOVE AND PRAYERS FOR RICK ROSS …. PLEASE SEND HIM YOUR POSITIVE ENERGY

I BELIEVE in the Power of Prayer Sending Prayers up for Rick Ross??

(The original version of this article was published on March 2, 2018 at 3 p.m. PST and can be found below.)

After Rick Ross was taken to a Miami hospital on Thursday morning (March 1), sources close to the Hip Hop mogul are now reportedly saying the situation has gotten worse. According to TMZ, machines are taking over the function of his lungs and heart.

TMZ was told doctors have put him on extracorporeal membrane oxygenation (ECMO), which oxygenates the blood outside of the body before it’s pumped back in. It’s described as “a form of life support.”

The Maybach Music Group head honcho was found unresponsive around 3:30 a.m. on Thursday morning after a person at his Miami mansion called 911 and said he was “slobbing” at the mouth. He was taken to the hospital by ambulance and reportedly received respiratory treatment for suspected pneumonia.

But because he was reportedly taken to the cardio unit, there’s a chance he suffered a heart attack that manifested itself as a respiratory problem.

Ross has experienced health problems in the past, including two seizures on two different flights on the same day in 2011.

(The original version of this article was published on March 2, 2018 and can be found below.)

Rick Ross is reportedly at a local hospital after someone at his Miami residence called 911. According to TMZ, the call came in around 3:30 a.m. on Thursday (March 1). A police source reported that the person in distress was initially unresponsive and became combative once revived.

The caller reportedly said the person in distress had a history of seizures and was “slobbing” at the mouth. After arriving to the hospital by ambulance, he reportedly received respiratory treatment for what could be pneumonia. A source close to Rozay explained to TMZ the medical issue is heart-related.

While it’s reported Ross was unable to make a requested appearance on Thursday night, a family member is said to have denied he’s in the hospital.

Ross has wrestled with health problems in the past. In 2011, he suffered two major seizures on two different flights to Memphis on the same day.