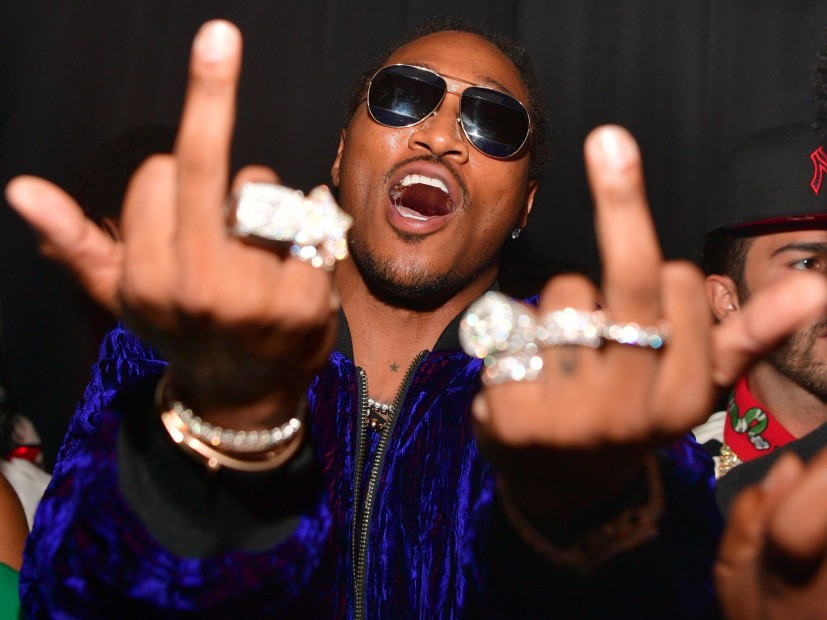 It’s that time of year again — the annual Grammy Award nominations have been announced ahead of the January 28, 2018 ceremony and several Hip Hop artists earned a nod, including JAY-Z, Kendrick Lamar, Rapsody, Tyler The Creator, Big Sean and Logic. But there were several names noticeably absent from the list and Twitter wasted no time pointing out the snubs.

While Drake and Frank Ocean opted not to submit their recent projects for consideration, (More Life and Blonde, respectively), a few who did are feeling the cold shoulder from the Recording Academy.

Recordings released between October 1, 2016 and September 30, 2017 were eligible for nominations. The Recording Academy received more than 22,000 submissions.

Future, A Tribe Called Quest, Vince Staples, Joey Bada$$, Sampha and The Weeknd were among the handful of deserving artists who got snubbed.

Some fans are losing their minds that Future’s chart-topping single “Mask Off” wasn’t nominated. In fact, they’re “deadass sick and fucking tired” of Future not getting any Grammy nominations despite dropping two back-to-back #1 projects in February — his self-titled album and HNDRXX.

how the fuck didn't future get a nom with mask off? still screaming fuck the grammys

EVEN TYLER'S SCUMBOY WHAT WHAT GOT A NOMINATION… THE 'FUTURE' ALBUM IS UNDOUBTABLY ONE OF THE BEST PROJECTS THIS YEAR SMFH… FUCK THA GRAMMYS BRUH ??‍♂️

“ Perc & lean twitter “ when they heard future ain’t nominated for any Grammys pic.twitter.com/SRRYAp7vpg

Q-Tip, Ali Shaheed Muhammad, Consequence, Jarobi and the late Phife Dawg dropped one of the most dynamic Hip Hop albums of the year, We got it from Here … Thank You 4 Your service, in November, but the 16-track project failed to yield any Grammy nominations this year.

Tip posted a since-deleted tweet that summed up exactly how he felt. “Fuck da grammys!!!,” he wrote.

A Tribe Called Quest's TYFYS should have been nominated for Rap Album of the Year. Tribe's album was significant. De La Soul got a nom last year. #GRAMMYs

So A Tribe Called Quest puts out one of the best hip-hop albums of the decade, performs at last year's Grammys, then gets ZERO nominations for that album?

This is why I only listen to old school rap. #ATCQ #GRAMMYs

A Tribe Called Quest didn't get any noms for their brilliant album?! FRAUDS. #Grammys

Now for these #GRAMMYs snubs:

*Demi Lovato got no love.
*Katy Perry as well (rightfully so, though).
*Future still can't get a least one rap category nod.
*Vince Staples could have gotten one.
*A Tribe Called Quest as well.
*Lorde only got an Album of the Year nod

Long Beach rapper Vince Staples delivered his brilliant experimental Hip Hop album, Big Fish Theory, in June and even tweeted that he thought it deserved a Grammy for Best Electronic Album. But the project was completely left off the list for consideration. Staples made his stance abundantly clear following the announcements.

Dont talk to me about the grammys.

Brooklyn-based MC Joey Bada$$ dropped All-Amerikkkan Bada$$ in April, one of his most politically-charged efforts to date. Fans were disappointed the project didn’t earn a nod for Best Rap Album, while (seemingly) less deserving artists like Cardi B got nominated.

Why are the Grammys disrespecting Joey Badass like that? #AABA was one of the best albums of this decade #Grammys #GrammyNomination

joey badass had one of the most woke albums of the year and everybody just gonna pretend like it never happened. fuck the Grammys they honestly don’t care about art just hype ??‍♀️

No Joey Badass for best rap album of the year at the Grammys? Lmaoo pic.twitter.com/w1KxX9cAvL

Sampha delivered his debut album Process in February, which showcased why artists like Kanye West and Drake go to him for collaborations. Again, the British-born talent was left off the list for consideration this year. This omission got some of his fans accusing the Grammys of being “known racists.”

Everybody knows Process was aoty and Sampha was best new artist and plastic 100c was roty but Grammys are known racists https://t.co/o803YErh8H

@SeanAPEx Damn…. I just realized Sampha didn't get nominated. Yeah, the Grammys sauced us into thinking they got things right for having so many black people. As usual, they fucked up.

Where are the nominations for Sampha??? #GRAMMYs

The Weeknd, who released his R&B magnum opus Starboy in November 2016, only grabbed one nomination for Best Urban Contemporary Album, infuriating some of his fans.

The Weeknd got only one nomination when he should've made a clean sweep. #GRAMMYs are trash.

Starboy was better than all of the Album of the Year nominations. Snub of the century. #GRAMMYs

Last but not least, there’s always that one person that will be upset Queen Bey didn’t collect any nominations, even if she didn’t release an official album (or anything at all). To be fair, her husband’s 4:44 song, “Family Feud” featuring Beyoncé is nominated for Best Rap/Sung Performance, so there’s that.

I wish Beyoncé will never attend next year's #GRAMMYs after being snub over and over even if Jay-Z got the most nominations ?