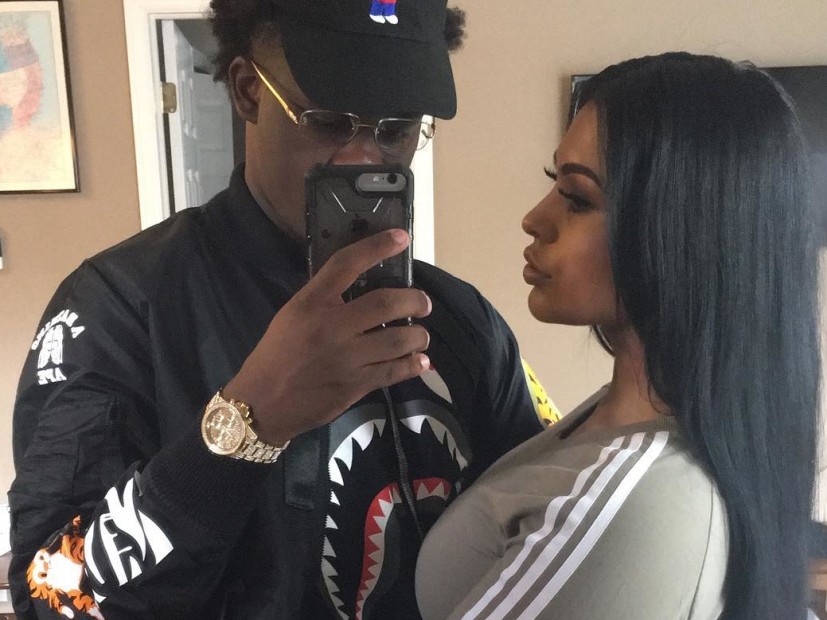 Twitterverse – Ugly God kind of jumped on the hand grenade tossed at his generation, otherwise known as “Mumble Rap” but the 21-year-old Houston representative is now going out of his way to distinguish himself from his peers.

The enigmatic rapper best known for his viral hit “Water,” recently took to social media to say goodbye to social media, until at least 2018, as he puts the finishing touches on his upcoming album, where he says is being completed somewhere in close proximity to Santa Claus.

“I won’t be on social media until 2018.” he wrote on Twitter. “I deleted both my Instagram & Twitter apps from my phone. I’m in the North Pole right now and I’m not coming back until I do 20,000,00 jumping jacks. I’m up here in the freezing cold working on my album. Don’t for about me. I’m still here. I’m just letting them niggas have 2017. Next year all mine. New vibes. Thank you.”

The social media 180 falls right in line with a September 2017 proclamation where he openly admitted he intended to shed his rap caricature in favor of a more substantive artist.

“I will no longer hide behind this brand silhoutte [sic] I have created out of fear,” he wrote. “While I’ve started many waves and inspired so many people, the smartest/safest thing for me to do is to make my mark and not be completely taken as a fucking joke,” he stated.

That said, this year didn’t go without a few blips on rap’s radar.

In June 2017, he released his commercial debut project, The Booty Tape to positive reviews and conducted an interview with HipHopDX that saw him defending his peers to no end as well as poising a question for the so-called old head side of the generation gap.

“I like using Lil Yachty as an example, that’s a homie of mine. They’ll talk so much stuff about his music, and then he’ll drop more music. And they’ll talk shit about that. What doesn’t make sense to me, if you feel like he’s trash, why the fuck would you listen to something else he dropped? If you hate it, you wouldn’t even pay any mind or even pay attention to him.”

No report as of yet for any release date for Ugly God’s studio debut album.