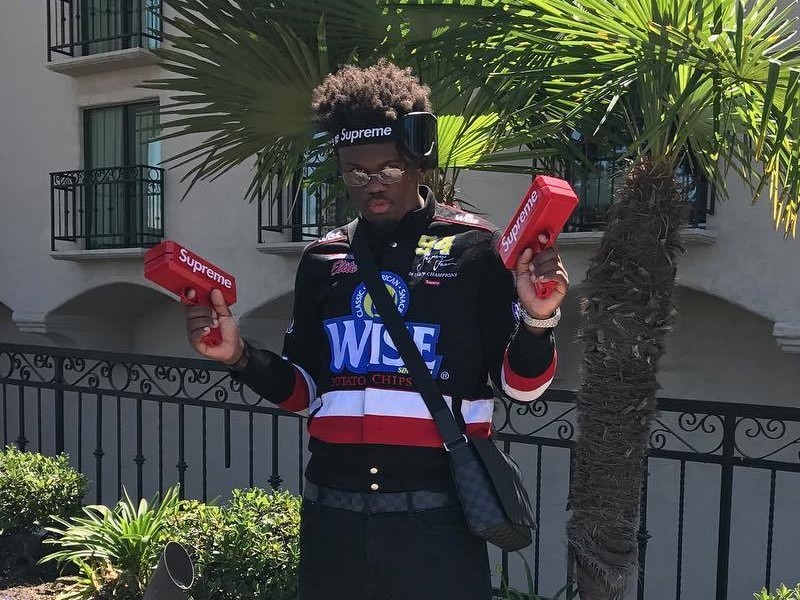 Ugly God has established a rap career thanks to his comedic content, but it appears he wants to be much more than a jokester. In a lengthy post on Snapchat, The Booty Tape rapper detailed why he plans to add more substance to his music.

“I talked to one of the smartest guys I’ve ever met in my life and he helped me come to my senses,” he wrote. “While my ‘joke-around’ songs are fun to make and turn up to, I’m creating no kind of substance or mark. I just want to bring to light that I am very versitle [sic], but I have been scared to show my versitity [sic] for all this time because I didn’t get into this position I am in now because of my versitility [sic]. I felt like if I did show my versitility [sic], people would stop fucking with me, but if people genuinely DID fuck with me they would respect what I do regardless of what angle I try to approach.”

The Houston native displayed some self-awareness that’s rare in the rap game, noting how volatile his career is at this point. Ultimately, he’s very concerned about being the dismissed as nothing more than “the funny guy” in Hip Hop.

“My career is just borderline unstable right now and pretty much anything can happen to ruin it,” he continued. “I just feel like I’m on the edge of permanently being taken as a joke and that would be the downfall of my career. There has been too many people that have come and gone and I refuse to be one of them.”

Ugly God would go on to share some details about his time in college and discuss his goal to deliver more substantive content. He wrapped things up by delivering a mission statement for himself going forward.

“To conclude, I will no longer hide behind this brand silhoutte [sic] I have created out of fear,” he wrote. “While I’ve started many waves and inspired so many people, the smartest/safest thing for me to do is to make my mark and not be completely taken as a fucking joke.”