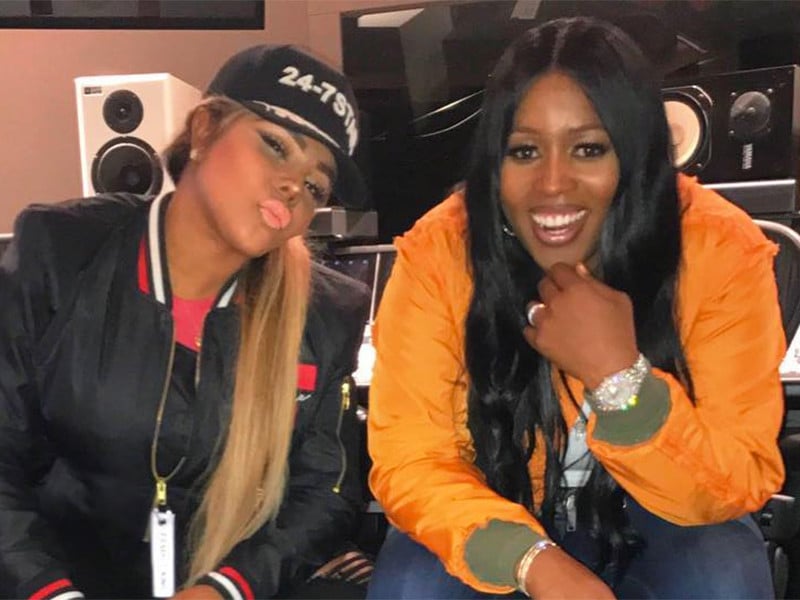 Remy Ma, fresh off signing a new deal with Columbia Records, is teaming up with Lil Kim for what’s being reported as a new Nicki Minaj diss track.

After news of the song began circulating online Monday evening (October 30), Remy Ma confirmed the track’s existence by releasing the title, “Wake Me Up,” and its official artwork via social media.

The song – which is produced by Cool & Dre, Smitty Beatz and 808-Ray – is reported to be loaded with subliminal shots at Nicki Minaj.

“That crown I’m gon’ take that shit/ ‘Cause you a clown and homie don’t play that shit.”

“I heard he lay that dick/ You let them filet that fish/ You just met him how he bae that quick?”

The second could be a shot at Nicki Minaj’s rumored relationship with Hip Hop veteran Nas. The pair have reportedly been dating since May, although neither star has fully confirmed their relationship status publicly.

TMZ reports that a music video for “Wake Me Up” was shot in The Bronx, New York City last week.

Remy Ma's first order of business after landing a new recording deal is teaming up with Lil Kim and shading the hell outta Nicki Minaj. The new track is riddled with subliminal shots at Nicki. Go to TMZ for those shots and the rest of the story. "Wake Me Up." #remyma #lilkim #nickiminaj #tmz

It’s no surprise that Remy Ma and Lil Kim are releasing new music. In mid-September, the two took to social media to post several photos of them working together in the studio.

Remy Ma and Nicki Minaj have been embroiled in a public back-and-forth for close to a year now. Although no names were mentioned, Remy Ma’s “Wait A Minute (Remix)” was labeled by many fans as a diss toward the Young Money rapper. In response, Nicki dropped more subs at Remy in her verse on Gucci Mane’s “Make Love.” Remy Ma immediately followed by releasing the massive “SHETHER,” a near seven-minute tirade littered with shade.

In late August, Remy Ma took a shot at Minaj at the MTV Video Music Awards by calling out the self-proclaimed Black Barbie using her own medicine. “Nicki, what’s good?,” Remy Ma said while throwing to a commercial break, a clear reference to Minaj’s famous jab at Miley Cyrus at the MTV VMAs in 2015.

While Lil Kim and Nicki Minaj have had their differences in the past, news of a potential Remy Ma and Lil Kim diss record aimed at Minaj contradicts what Kim said during an interview with Billboard earlier this year. Following the release of “SHETHER,” Lil Kim said there was no plans to release a Nicki Minaj diss track now or in the future.

“We all know the situation that’s going on with Remy and ol’ girl,” Lil’ Kim said at the time. “That’s their situation and I have nothing to do with that. They have a rumor out there like, ‘Kim is gonna do a diss track with Remy.’ First of all, let me tell you this. Number one: y’all giving ol’ girl too much credit. I’m not even thinking about that … But the situation with Remy, for them to say that we were coming together to do a diss track? First of all, after hearing ‘SHETHER,’ that shit is so hard, Remy don’t need no damn help! Why would I need to come together for that? I mean, I’m into the music and I’m speaking musically wise — the song is just hard, period … But I got nothing to do with that. When I had my situation and my situation came up, I handled my business. If anybody comes to me, if ol’ girl came to me, I’ma give them the business. That’s just the bottom line of it. So if it ain’t coming my way, I ain’t got nothing to do with it.”